Irate Trumpers are rushing to defend the President in his public social media slap fight with LaVar Ball, the father of one of the shoplifting basketball players President Trump helped free from Chinese custody.

One of many sleights I am having to endure these days. Thanks! @Lavarbigballer… #bydhttmwfi https://t.co/uYkoDOV6yZ

The problem is some of Trump’s defenders are attacking the wrong man. They’re confronting Star Trek: The Next Generation’s Geordi La Forge, LeVar Burton on Twitter. Maybe they resent having been too intellectually challenged by Reading Rainbow.

While Ball and Burton have similar first names, Ball has been making headlines following his recent social media feud with Trump. Ball’s son, LiAngelo, was released from China, along with two other UCLA players, after they were arrested for shoplifting.

One Twitter user, who mistook Burton as LiAngelo’s father, wrote: “You’re a has been actor with a thief for a son and Trump is the president of the United States. Get the picture?” Burton responded: “One of the many sleights I am having to endure these days. Thanks!”

@levarburton You're a has been actor with a thief for a son and Trump is the president of the United States. Get the picture?

I understand that @levarburton would have been thankful if @POTUS flew his son home on Air Force 1 because that is exactly what he deserved!

If you cared about our President, you’d change your name.

I’m thankful that my constant criticisms of the ridiculous tribalism in politics are routinely validated. I’m not thankful it exists, but I am thankful to know I’m not crazy for opposing it. 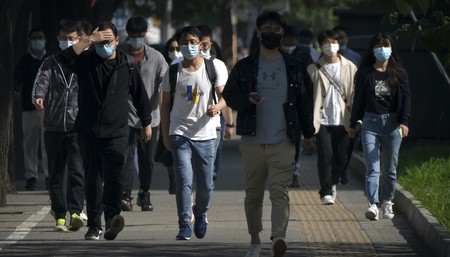