The growing trend of woke corporatism has been a troubling development over the past decade. Companies are increasingly using their capital and influence to pander to the far-left “progressive” crowd in the hopes that it will help them maintain or grow their revenue.

The bottom line is that corporate America is becoming more political, thanks to the progressive crowd, which has insisted on injecting politics into every facet of American life. Now, corporations are under increasing pressure to bow to the progressive crowd or face the wrath of the Woke Sanhedrin and the Cancel Culture Community™.

One of the most recent examples was the Walt Disney Company’s political donnybrook with Florida Gov. Ron DeSantis over the state’s Parental Rights in Education Act. This tendency can also be seen with companies offering to pay for women to travel to other states to obtain abortions. The trend is part of the overall environmental, social, and governance (ESG) movement, which is another apparatus by which the woke left is convincing, cajoling, and coercing businesses to embrace progressive causes.

Now, states run by Republicans are pushing back and refusing to do business with financial institutions that push the ESG woke agenda. This is part of a larger resistance movement against companies focusing more on political causes than on maximizing revenue for their shareholders.

West Virginia was the first state to give some of the world’s biggest banks the boot, barring five major Wall Street firms — Goldman Sachs, JPMorgan, Morgan Stanley, Wells Fargo and BlackRock, one of the globe’s largest asset managers — from doing business with the state. Citing the firms’ anti-coal policies or plans to divest from fossil fuels, the state will pull out tens of millions of dollars.

West Virginia is the second largest coal producer in the country, with coal and other fossil fuels accounting for the third-largest annual revenue source for the state, more than $750 million annually.

West Virginia Treasurer Riley Moore said in an interview that these companies “have [their] right to be able to boycott the fossil fuel industry, but we’re not going to do business with [them].”

He added: “We’re not going to pay for our own destruction.”

One of the ESG movement’s primary targets are fossil fuels. It seeks to push companies to embrace green energy as part of its climate change agenda. In light of this, it makes sense that a coal-producing state like West Virginia would oppose the movement.

The ESG movement also pushes for anti-Second Amendment causes and gun control along with social justice issues related to racial justice and LGBTQ rights. One of its goals is to persuade companies to promote diversity and gender quotas in their staffing decisions.

But West Virginia is not alone.

“Governors in Kentucky, Tennessee, Oklahoma and Texas this year signed anti-ESG bills into law. Florida Gov. Ron DeSantis, a Republican who is eyeing a 2024 run for the White House, recently said he wants to prohibit the consideration of ESG factors for his state’s pension fund,” according to the Washington Times.

The battle over woke corporatism is also playing out on the national stage, with Republican lawmakers seeking to deal with the matter when they retake the House and possibly the Senate.

It is nice to see Republicans actually fighting back against progressive attempts to wokify corporate America for a change. The left is working hard to infuse their ideas into as many institutions as possible – and they are seeing substantial success in this endeavor. The only way to stop them is for business leaders to see that kowtowing to the hard left will only result in lost revenue. In essence, this will not stop until corporations fear the consequences of going woke more than any negative attention that might result from bucking the Church of Wokeism. 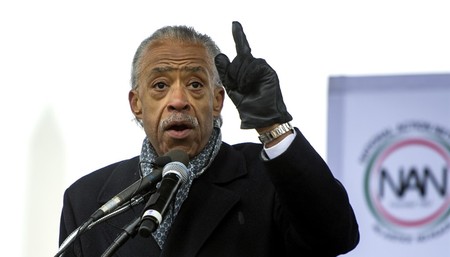