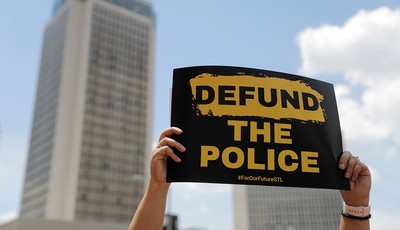 For the past few months, a crime wave has swept New York City with a dramatic surge of shootings and homicides. While the uptick in violence has affected many living in the city, it has impacted the black community far more than others.

The Daily Caller reported that, according to New York City Police Department data, “There were 194 shooting incidents that involved black victims in the city in June, a 177% increase from the 70 recorded in June 2019, according to NYPD Incident Level Data. Of those incidents, 27 were classified as murders, a 170% year-over-year increase from the 10 black people murdered in shootings in June 2019.”

Hispanics saw an 80% increase from last year with 54 shooting victims. However, the rate of Hispanic homicide victims fell by 45% from last year.

No other racial group has been victimized by shootings in New York City at anywhere close to the same rate black people have been since violent crime began surging in the city in mid-May and further accelerated in the weeks after George Floyd’s police-custody death in Minneapolis, the data show. In the same month, there were not white residents killed by gun violence.

According to The Daily Caller’s report, “NYPD Incident Level data show that the surge in gun crime began in New York City in mid-May, about two weeks before Floyd’s May 25 death while in police custody sparked nationwide protests and unrest. Gun crime further accelerated in the city beginning in mid-June, the data show.”

There seem to be several theories explaining the rise in crime. Mayor Bill de Blasio blamed the coronavirus during a conversation on MSNBC’s “Morning Joe” last month.

It’s unclear what exactly is driving the surge in gun violence in New York City. “In New York City, we’ve been the safest big city in America for years,” he insisted. “We’ve had a very tough two months — no doubt — and it is directly related to the coronavirus — the dislocation it’s caused, the fact that our court system is not functioning yet, so many factors.”

NYPD Chief of Crime Control Strategies Michael LiPetri blamed court closings and criminal justice reform measures for the spike in gun violence. He told the New York Post that these elements constituted a “perfect storm” that created the problem. “With the closing of the courts, there has been no grand jury investigations either… I’m not talking about a simple gun arrest for the person who found in possession of a firearm,” he said. “More people getting released on their own recognizance and less people are getting indicted that’s a big issue.”

LiPetri isn’t the only one contending that releasing people from prison has contributed to the rise in crime. However, The Wall Street Journal reported that out of 4,500 inmates that have been released, only 35 were rearrested on weapons charges.

Some, like Rep. Alexandria Ocasio-Cortez (D-NY), have suggested that the inability to pay one’s rent is a significant cause of the rising crime rate. However, Gov. Andrew Cuomo (D) put that idea to rest when he pointed out that evictions are not currently allowed amid the pandemic.

It is not easy to determine the real causes of the spike in violent crime in the city. But the fact that the local government recently voted to cut almost $1 billion from the NYPD’s budget shows that they don’t entirely take this issue as seriously as they should.

Despite the wishes of most black Americans, progressives in major cities are voting to cut funding from law enforcement even amid crime waves. This reality is yet another example proving that the far left cares nothing for the plight of black Americans living in the cities under their control. Indeed, those who actually support these measures will never have to worry about reaping the consequences of such a misguided move.