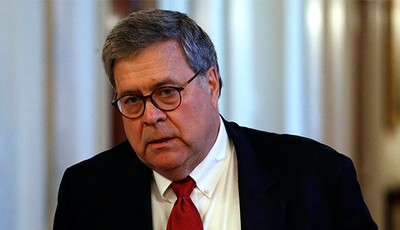 On Wednesday, Attorney General William Barr made a rather unexpected statement regarding the treatment of black Americans by the police. He acknowledged that police organizations typically treat black men differently from civilians of other races.

In an appearance on ABC News, he discussed the differences in how police handle black men versus others and suggested that it is a “widespread phenomenon.” He said, “I do think it is a widespread phenomenon that African American males, in particular, are treated with extra suspicion and maybe not given the benefit of the doubt.”

The attorney general stated that the killing of George Floyd at the hands of a Minneapolis police officer demonstrated that the US still has work to do when it comes to repairing relations between law enforcement and the black community. “I think it is wrong if people are not respected appropriately and given their due,” he said, “and I think it’s something we have to address.”

Barr also explained that Floyd’s killing helped to change his mind on the matter. “Before the George Floyd incident, I thought we were in a good place,” he said.

Barr has been criticized for his aggressive response to violent protests in Washington, DC. But he expressed his hope that Floyd’s death would be “a catalyst for the kinds of changes that are needed.”

Police brutality against black men has been a subject of contention for years. But after Floyd’s killing, it has received more attention, with some insisting that police officers are shooting and beating black men in the streets daily. Others have argued that there is no real disparity in the way blacks are policed.

There have been several studies on the subject of police brutality. Some have revealed the existence of bias, while others have shown little to no bias. But in 2016, a Harvard study conducted by Roland G. Fryer found no racial bias when it comes to unarmed shootings. But in scenarios in which excessive force was used without resulting in a fatality, there was a clear difference.

Fryer’s study found that, “On non-lethal uses of force, blacks and Hispanics are more than fifty percent more likely to experience some form of force in interactions with police. Adding controls that account for important context and civilian behavior reduces, but cannot fully explain, these disparities.”

Amid heightened racial tensions on protests still occurring nationwide, a national conversation on disproportionate use of police brutality against black men has continued. Some have suggested defunding or abolishing the police in favor of pouring resources into social work and other pie-in-the-sky ideas.

Barr said he believes that there is no “value in defunding the police.” Instead, the attorney general suggested that the Department of Health and Human Services partner with law enforcement so that officers can receive assistance when they go out on calls.

“We have to think about more investment in the police. So one of the things we’ve been talking about is trying to direct some of the [Health and Human Services] money and grant programs and sync it up with law enforcement spending so we can enable the departments to have co-responders,” he said. He continued, “That is, social workers and mental health experts who can go on certain kinds of calls to help.”

The attorney general also criticized the Black Lives Matter organization, noted that it is pushing a “broader agenda.”