It would have been absolutely perfect, especially if you happen to work with a progressive news outlet. If violence had broken out at the pro-Second Amendment rally that took place in Virginia, it would presented real opportunities to advance the anti-gun agenda. But, the event went off without a hitch, with no bloodshed.

HBO’s “Real Time” host Bill Maher noted, along with many others, that the lack of violence was likely a huge letdown for those on the left. However, Maher appears to have missed the whole reason why this is a disappointment for the media. On Friday’s broadcast, Maher had a conversation with former Fox News and NBC host, Megyn Kelly about media bias.

Kelly brought up the fact that the majority of mainstream news outlets are biased in favor of the left. Maher responded by opining that the press is actually biased towards “money and conflict.” He pointed out that they prefer these two elements “because that’s what sells.” He said:

“You know what the media is biased toward? Money. They’re biased toward money and conflict because that’s what sells. I was watching the Virginia rally this week. There was a gun rally. It was peaceful. And you could see how disappointed the media was that the civil war didn’t break out.”

Maher is correct in his assertion that the media benefits from conflict and violence. It’s why we say “if it bleeds, it leads.” But he omitted another factor in the equation: If violence had ensued, it would allow the press to leverage it to push their political agenda. Indeed, in the lead up to the rally, left-leaning journalists were salivating at the notion that they could use the event to attack conservatives, Trump supporters, and others who support gun rights.

The press used one of their favorite tactics: Labeling anything they don’t like as white supremacy. Indeed, they used the fact that some white nationalists were planning to cause unrest at the event to imply that the entire event was promoting racism. The left feigned concern at the possibility of violence despite the fact that they couldn’t think of a pro-Second Amendment rally in recent memory in which violence occurred.

To put it in a nutshell, the left failed this week, and they failed hard. There was no violence at the rally. Nobody believed the event was promoting white nationalism except those who wanted to believe it. It shows that even progressive supremacy has its limits; they can’t fool everyone all of the time.

Unfortunately, the battle over gun rights continues in the state of Virginia. Not even a week after the march, Virginia Democrats in the state legislature are pushing through a series of gun control measures designed to make it more difficult for law-abiding citizens to obtain firearms.

Some of the bills include limiting handgun purchases to one per month, allowing localities to ban guns in public areas, universal background checks, and red flag legislation. They have not yet introduced a gun ban, but it’s not hard to imagine that such legislation is on its way. The fight is far from over, but judging from the level of attendance at the rally, the pro-freedom crowd is not going to back down. 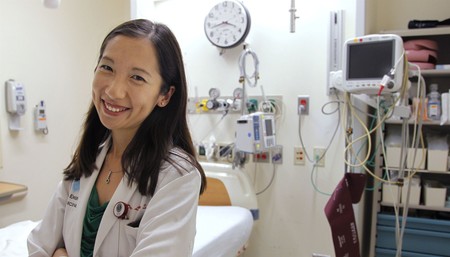