It was bad enough dealing with Matt Schlapp’s Trumpism when he was trying to soothe King Baby’s ego so he’d speak at CPAC in 2016. It didn’t work as Trump backed out of speaking, likely due to being treated “unfairly” by somebody.

Schlapp is one of the annoying conservatives who excuses anything Trump does because of Democrats or the “liberal media.” ‘Whataboutism’ is often a refrain Schlapp settles into when somebody is critical of Trump, deflecting to complain about former President Obama or the nauseating, “Would you rather it be Hillary?” benchmark.

It appears that Schlapp was called upon to do his due diligence and take bullets for Trump over the Comey firing. Instead of a defense of the move, Schlapp instead tries to smear Comey as a disloyal subject, more concerned with his career and giving cover to President Obama than anything else.

My recollection is that Jim Comey was relatively well-liked and highly competent. Many felt he was quite conservative in his political approach, others said he was a discreet left-winger who was simply telling the White House what it wanted to hear.

I knew one thing for sure: If Jim Comey came into the administration he would probably rise due to his impressive legal abilities and I would never be sure that he had the president’s best interests at heart.

Note the Trumpian language. Trump often justifies his position by saying, “Lots of people say…” and Schlapp did something similar with his, “Others said he was a discreet left-winger…” nonsense. Comey’s role as a US Attorney was not to have President Bush’s “best interests at heart.” His duty is to the constitution first and foremost, not what the President wants.

Then Schlapp gets to the real smear:

What’s clear is that Jim Comey was a careful lawyer but a dutiful master of his own image. His ambitions were rewarded by President Obama when he was installed at the FBI.

Obama and Comey almost made it all the way to the end of Obama’s term without having a potential political conflict affect their collaboration. That was a major accomplishment considering the abuses carried on by Obama administration: Running a program to spy on adversarial reporters; using the IRS to persecute political opponents in Tea Party nonprofits; overseeing a sloppy program of arming violent criminals along the border; orchestrating a cover-up to blame a YouTube video for the death of Ambassador Chris Stevens in Libya; and of course the scandals, wrapped in abuse and surrounded by law breaking, concerning the server, emails and smartphones of former-Secretary Clinton and her enablers.

All of these scandals were managed without the selection of a special prosecutor, without anyone being charged with wrongdoing and without any serious political consequences to President Obama.

Here’s a question for Schlapp: Outside of the Hillary Clinton email server investigation, what does any of this have to do with James Comey?

Jim Comey was the director of the FBI, not the Attorney General. He had no authority to conduct investigations into IRS abuses, spying on reporters, Benghazi or the ‘Fast and Furious’ scandal. All of that is on Attorney General Eric Holder. He never appointed special prosecutors to investigate those scandals, but Schlapp sloppily attempts to dump it in Comey’s lap.

The reputations of Clinton and Comey were destroyed due to Clinton’s law breaking and deception and Comey’s apparent desire to be dutiful to the politics of Obama. That was until he decided that his own brand was being tarnished, and so lurched out with the now-infamous “Comey letter.”

Like so many things with President Trump, he made the right decision to ax Comey, but the turbulence and timing caused him to endure a withering week in the press and gave some additional life to a tired, manufactured scandal.

You see that? Comey was just looking out for Comey. Trump, on the other hand, did the right thing and poor President Doll Hands had to suffer from the evil press asking relevant questions and uncovering Trump’s initial lie that Comey’s termination came about due to his conduct with the Clinton email investigation.

Schlapp did the bidding of his master in the White House and he’ll get the necessary praise. But all Schlapp did was play the part of a hack,  smearing a good man in the process. 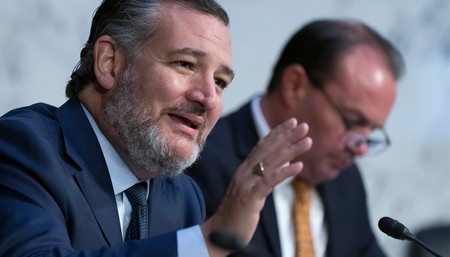