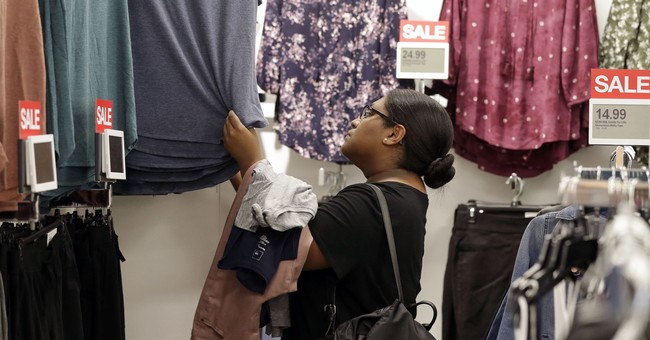 The U.S. economy has been largely shut down for three weeks. As expected, our economy, robust only a month ago, is now in recession.

On Thursday, the Labor Department reported that 6.6 million Americans filed initial unemployment claims last week. The consensus among economists had been 3.1 million. Michael Feroli, the chief U.S. economist at JPMorgan, told CNBC he had been expecting a “pretty gnarly number.” Their forecast had been 3.5 million.

Add to that the 3.3 million reported last week, the current number of Americans now out of work due to the coronavirus shutdown stands at 10 million.

These numbers, as one would expect, are unprecedented. Prior to this, the highest number of initial unemployment claims was 695,000 in 1982. The next highest was recorded in March 2009, during the Financial Crisis, when the number came in at 665,000.

Yesterday, I listened to comments from Brian Wesbury, the Chief Economist at First Trust who explained the situation in terms that all of us can understand.

Wesbury said he’s been asked frequently if we will have a “V-shaped” recovery or a “U-shaped” recovery. In other words, will the economy snap back quickly once Americans return to work, or will it be a slower, longer recovery. According to Wesbury, the answer depends upon how long the economy remains shut down and that a certain percentage of businesses will not reopen at all. He said:

If we were to open up, say on Easter, we would probably lose 3%, 4% of our businesses. So, we would open up with 97%, 96% of our economy…There are restauranteurs who are just done. They’ve closed their businesses, they’ve said they will never reopen them again.

He cited a recent study which found, on average, small businesses have about “27 days of cash on hand to last in a complete shutdown, which means the longer we go on, the more businesses we will lose.”

Even in Italy where they have underinvested in health care for decades, the number of new cases vs. the cases that exist, that percent increase is slowing down…It’s peaked and that’s in Italy.

In the United States, one of the reasons our cases are going up so rapidly is because we’re testing massive amounts of new people. We have gone from a hundred tests a day to a hundred thousand tests a day. As a result, we keep finding more people. It’s not true that that’s the growth rate of the virus. It just means we’re finding more people. And the more people we can find, the more we can quarantine…and if Italy can turn, so will we.

Wesbury said he’s given up on reopening the economy by Easter. but sees the end of April as too long. He notes that often the government and politicians lower expectations and believes that, as the curve turns, we will begin opening up parts of our economy.

So, we’re somewhere between a “V” and a “U” and in the end, it really doesn’t matter, because if you’re an investor, you’re thinking in [terms of] a year or two or three and as a result, even if it’s a “U,” we will get back to our old highs within the next couple of years. I am still optimistic on this market. I think we have seen the bottom and I believe the recent rally is a sign that the market knows things will get better.

(Wesbury’s remarks can be viewed here.)

That’s good news for those who saw their financial assets dive in the last month or so. But, where does that leave the restaurant owner who won’t be able to reopen after the shutdown, who had plowed his entire net worth into his business as many owners do in the early years?

Let’s say the shutdown ends at the end of April and that 8% of small businesses are unable to reopen. That number represents millions of Americans who only recently were running thriving businesses, will soon be thrown into an economic abyss. Not only does this affect their finances, but their well-being, their marriages and their children. These are the unintended consequences that are being discounted by those recommending “blanket” quarantines.

I posted earlier in the week about the spike in China’s divorce rate following their two-month quarantine. In addition, the number of domestic violence reports surged during the lock-down.

The National Review’s Victor Davis Hanson wrote an interesting article this week that looks at the tradeoff between lives lost to the coronavirus in his home state of California vs. the costs of shutting down the state’s huge economy including the human side which many people are overlooking.

California governor Gavin Newsom has assured his state that over half of the population — or, in his words, 56 percent — will soon be infected. That is, more than 25 million coronavirus cases are on the horizon, which, at the virus’s current fatality rate of 1–2 percent (the ratio of deaths to known positive cases), would mean that the state should anticipate 250,000–500,000 dead Californians in the near future. Los Angeles mayor Eric Garcetti predicted that this week Los Angeles would be short of all sorts of medical supplies as the epidemic killed many hundreds, as is the case in New York City.

He understands that the situation in California has not peaked yet, but the expectation of 250,000-500,000 deaths is excessive. As of Friday afternoon, there have been 246 deaths in the state. He continues:

We should remember that California loses about 270,000 lives to all causes every year — meaning, on any given day, around 740 Californians die. Note too that not all deaths attributed to coronavirus are the work of COVID-19 alone; they are often accompanied by advanced age and serious chronic conditions that may have soon led to death without any accompanying viral infection.

We need to implement a more targeted approach. Those who are most at risk, the elderly, and those with weak immune systems or other underlying issues, should absolutely remain in self-quarantine. The rest of us will continue to take every precaution possible. But this all or nothing strategy, understandable for two or three weeks, can’t go on indefinitely. The costs will be too high.