CT Man Threatened to Kill Adam Schiff: 'I Want to Kill You With My Bare Hands and Smash Your…Face In' 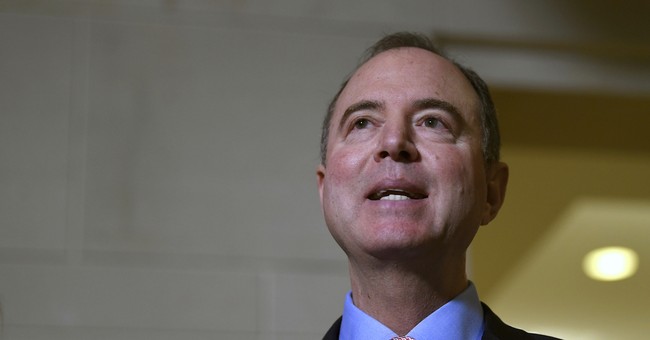 On November 12, 2019, Schiff’s office received a “Meeting Request” entry form alleged to be from Phelps. The meeting request contained the statement “…I want to kill you with my bare hands and smash your…face in.”

According to the press release (printed at the bottom of the page), agents interviewed Phelps on December 4 at his home and allegedly “confirmed that Phelps sent the threatening communication.” Phelps told the agents he had a right to defend “his president.”

The complaint states, “Phelps asked investigators if they were in his home because of Senator Blumenthal and that the Democrats that are involved in the impeachment proceedings against the president should be arrested.” It also says, “Phelps stated that he would not send any more threatening emails.”

The complaint states that Phelps had written, “You little c—sucker I want to come and see you so I can spit in your face and I want to kill you with my bare hands and smash your sick little round fat lying face in. You had better hope I never meet up with you mother f—er.”

The form asks which days of the week would be preferable for a meeting and Phelps wrote: “Measure your Coffin day.” For his organization, he listed “Lyingc—suckerclub.shittyshiffy.” It also asks for the names of additional participants and Phelps wrote: “NANCY PIGLOSI DUMOCRATIC RETARDS.” He signed the form as “Robert M. Phelps Republican.” He provided accurate contact information.

At the time of the meeting request, Schiff was in charge of the Impeachment Inquiry hearings which were being conducted in an undeniably grossly partisan manner. The hearings led to President Trump’s impeachment by the House on December 18, followed by his February 5 acquittal in the Senate.

The thought of Adam Schiff brings out the worst in us, doesn’t it?

John H. Durham, United States Attorney for the District of Connecticut, and David Sundberg, Special Agent in Charge of the New Haven Division of the Federal Bureau of Investigation, today announced that ROBERT M. PHELPS, 62, of Torrington, has been charged by federal criminal complaint with threatening to murder U.S. Representative Adam Schiff of California.

Phelps was arrested on March 13. Following his arrest, he appeared before U.S. Magistrate Judge William I. Garfinkel in Bridgeport and was released on a $25,000 bond.

As alleged in court documents and statements made in court, on November 12, 2019, the office of U.S. Representative Adam Schiff received a threatening communication through a Meeting Request entry form on Congressman Schiff’s official website. The meeting request included the statement “In addition, in response to the preferred days of the week for the meeting request, Phelps wrote “Measure your Coffin day.”

It is further alleged that, on December 4, 2019, investigators interviewed Phelps at his Torrington residence and confirmed that Phelps sent the threatening communication.

U.S. Attorney Durham stressed that a complaint is only a charge and is not evidence of guilt. Charges are only allegations, and the defendant is presumed innocent unless and until proven guilty beyond a reasonable doubt.

This matter is being investigated by the Federal Bureau of Investigation and is being prosecuted by Assistant U.S. Attorney Douglas P. Morabito.