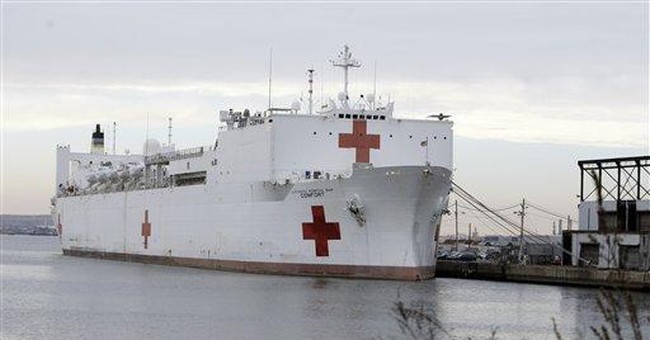 As I indicated in a previous article, the trend line in American Coronavirus fatalities might be grounds for some cautious optimism. As of 2359 GMT last night, the U.S. Mortality Rate, calculated by dividing the number of reported U.S. infections into the number of reported U.S fatalities was 1.69%. This number has been steadily declining since March 3, when the rate was over 7%.

Read: Coronavirus by the Numbers; It’s Not Nearly as Bad as the Press Wants You to Believe

Having said that, good commanders are always “what if-ing” possibilities, both good and bad. President and Commander in Chief Donald J. Trump is no different. He has two starkly different examples he can compare. The Republic of (South) Korea, which appears to be getting somewhat of a handle on their Coronavirus attack and Italy which is having a much tougher time, its medical facilities being overwhelmed by the sheer numbers of folks needing attention.

Italy’s plight is starting to concern some Americans who see that and wonder about our future. Their concerns are of course being inflamed by media reporting. Thus far, it appears that our medical capacity has been more than sufficient. However, the Governor of New York State has also stated some concerns. There are around 320 folks hospitalized for Coronavirus throughout the state. Currently, New York State has 53,000 hospital beds and 3,000 ICU beds, which Governor Cuomo’s medical experts believe might not be enough.

The state is scrambling to expand its hospital capacity to handle an influx of cases before infections peak in an estimated 45 days, Gov. Andrew Cuomo said at a press conference in Albany. New York has 53,000 hospital beds and 3,000 ICU beds, far short of what state health officials are predicting will be needed, he said. They estimate the state will need  at least 55,000 hospital beds and between 18,600 to 37,200 ICU beds at the peak of the outbreak.

Given the “sky is falling!!” reporting since Day One of this admitted crisis, I would hope you might forgive me if I take the Times’ numbers with a large grain of salt. Having said that, it’s always wise to have an ace in the hole…just in case. Fortunately, the United States does…several of them.

On yesterday’s David Webb** show, Webb had as his guest, Dr. William Parker, CEO of the East-West Institute and former Chief of War Plans at the Pentagon. Dr. Parker got his PhD in Biological Defense from George Mason University, specializing in pandemics, not only the epidemiological aspect, but also the strategic planning piece.

One thing Dr. Parker mentioned, is that we have a lot of untapped medical capacity that we can bring to bear should it be necessary. The examples he used were two Naval vessels, the USNS Comfort and the USNS Mercy. Each of these ships has a 1,000-bed capacity that could be put into service by order of the Commander In Chief, should a major coastal city be overwhelmed. However, those two Naval assets aren’t the only silver bullets the CINC can fire to put capability right where it’s suddenly needed.

The United States Army Reserve and the National Guard have between them, 14 Combat Support Hospitals (CaSHs). Each CaSH has a 200-bed capacity. Given a presidential directive and subject to transportation availability, we can plunk a CAsH on the ground and have it up and running within 72 hours to 7 days anywhere in these United States of America and its territories. This gives us a huge amount of medical flexibility should the situation call for it.

I understand American concerns about the possibility of our medical system being overwhelmed. We aren’t anywhere near that point. States and localities have plenty of as yet untapped resources. But, if those should prove insufficient, President Trump, our Commander in Chief, has several more. We won’t be abandoning our elderly in this fight.