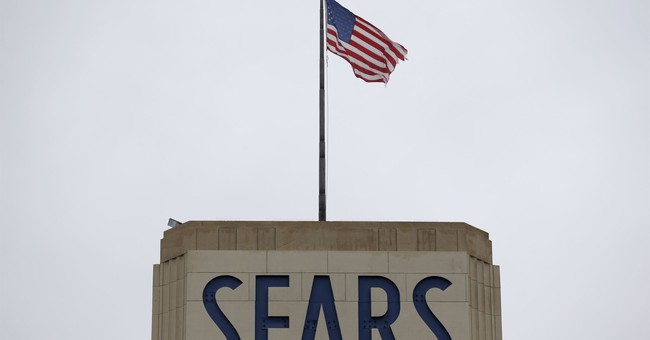 There seems to be a common belief that businesses take their operations overseas merely for the cheap labor and the Wild Wild West of unregulated factory production and no EPA constraints. Actually, it’s not quite that simple. Cost of labor and regulation although huge considerations, aren’t the only thing companies consider before leaving the United States or on the other hand, choosing to come/remain here.

Some time back, a member of my loyal readership made an interesting comment. JohnCV wrote (emphasis, mine)

If you read the DI and Constitution in context of the events leading up to the Revolution, the issue of Property is enormous, central even. The Colonies were effectively run as a reward system for the Crown where land grants (and Governorships) were given and taken back as allegiances and friendships changed. Imagine carving a thriving business out of thousands of acres of wilderness, establishing your family and community and then having it taken away from you because King George has a new BFF. This happened. Regularly.

JohnCV is spot on. Rule of Law. Property Rights. Who would want to do business in a country that at any point, with the stroke of a pen, “nationalize” your entire business? As he pointed out above, you put your heart and soul into creating something to feed you and your family and perhaps leave a small legacy for your progeny, then on a whim or to or to appease the masses, some tinpot leftist like Hugo Chavez or Bernie Sanders takes everything you have. If he’s smart, he forces you to run it for a pittance, until he appoints some of his cronies to come in and run it into the ground.

That is what companies are trying to avoid when they pay U.S. tax rates and shoulder the burden of U.S. regulations. So why do some companies decide to offshore their supply chain? Simple—cost-benefit-risk. If you recall in a previous series I did on trade, I had interviewed one such CEO/Owner. His assessment was pretty simple, although somewhat subjective in the end. He asks himself, “Is what I’m paying for the America Premium, worth the savings I’ll get by offshoring and is the risk I take by abandoning U.S. rule of law and property rights worth it?”

Successful businessmen aren’t stupid. The good ones understand the difference between a tactical monetary gain, and strategic financial success. The good news is that companies, all things being equal, would really rather be domiciled in the U.S. They just don’t wish to over pay for the privilege. Leftist politicians appear to believe that there is no limit they can charge for a diminishing America Premium. They then decry business owners/CEOs who make the quite logical decision to mover to more amenable climes.

The way to encourage them to come back, is to put the America Premium back on permanent sale. President Trump needs to continue as he has, the elimination of unnecessary and costly regulations while easing the corporate tax burden. The repatriation of overseas corporate profits was a good start, as was his regulatory repeal initiative which has now repealed 4 regulations for each new one.

The American Premium is well worth paying for. But like anything else, it can be overpriced. President Trump is reversing that trend and he needs to continue.