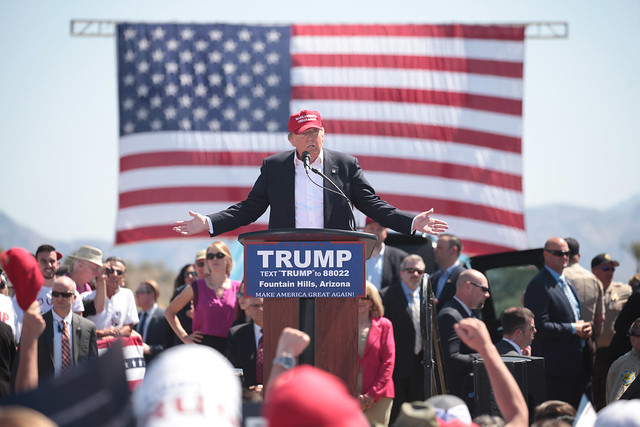 We’ve all been happily munching our popcorn as we watch Jussie Smollett’s racist assault story, (complete with its de rigeur noose) implode and then explode in a spectacular fashion. This won’t last very long. Our ever mendacious press corps will want to get this evidence of their malfeasance off the front page and out of the public view, as soon as possible. Moreover, the way these things generally work, absent some other egregious circumstances that have yet to out, Smollett will likely do little or no time over his criminal conspiracy.

Previously, here and here, I’ve advocated using the leftists’ legal tactics against them. This is also might be a good way to get a pound of flesh out of Smollett, especially since it’s unlikely that the criminal justice side of the house will. And the best part? Mr Smollett himself, has provided President Trump the tool to to do so, by his decision to state in a police report that the two men who allegedly beat him, were wearing “MAGA” hats.

As we all know, Donald Trump is all about “brand.” Early on in his presidential campaign, he took steps to trademark, “MAGA. Not only did he trademark it, he actively and vigorously defended that trademark from infringement.

Trump has had enough of the copycats. Now he’s getting his lawyer involved. One of his first targets is CafePress, a popular website where people can print T-shirts, coffee mugs and other garb. The company received a “cease and desist” letter from Trump’s lawyer at the end of September. Trump’s legal team made it very clear there would be a lawsuit against CafePress unless the site stopped peddling “Make America Great Again” merchandise. “This isn’t about money. This is about protecting one’s brand and trademark,” Trump’s lawyer Alan Garten told CNNMoney.

Donald Trump should use this opportunity handed to him by Smollett. He should sue him six ways from Sunday for bringing harm to the MAGA brand. Tie him up in court(s) hemorrhaging money to pay lawyers until he cries “uncle.” This is the way to deal with leftists who attack. Hit them where it hurts right in their swollen pocketbooks.

Their attacks have bankrupted a stellar 3-Star General, forcing him to sell his home to pay legal bills. It would be great to see one or more of these leftists get the same treatment as General Flynn. As an added benefit, as this case plays out, each news story about some milestone in the case will enable President Trump to remind America again and again, just how corrupt our press is.