Next Up on the Cancel Culture's Chopping Block Is...Bernie Sanders?

Vermont’s socialist Senator Bernie Sanders was once the toast of the left. He said all the right things about any given subject, promoted socialism, and was consistently voted the most popular politician in America. Now, it would appear Sanders’s political career has lived long enough to see him become the villain.

It looks as if the left is now turning on him. Big time.

Sanders apparently made the unforgivable move of ruining Neera Tanden’s chances for the Biden administration’s Management and Budget office. Sanders questioned Tanden about her “vicious attacks” against both Republicans and hard-leftists, including himself.

As West-Virginia’s Joe Manchin summed it up:

“I have carefully reviewed Neera Tanden’s public statements and tweets that were personally directed towards my colleagues on both sides of the aisle from Senator Sanders to Senator McConnell and others,” Manchin said. “I believe her overtly partisan statements will have a toxic and detrimental impact on the important working relationship between members of Congress and the next director of the Office of Management and Budget.”

Sen. Sanders asks OMB director nominee Neera Tanden to “reflect" on the “vicious attacks” against both Republicans and progressives on Twitter, including “me, personally.” pic.twitter.com/Sgejxt7EMf

Apparently, Sanders’s point caused a domino effect that ruined Tanden’s chances, with other senators using Sanders’ momentum to further scrutinize the nominee, ending in a “no” vote.

This was apparently an unforgivable sin for even Sanders to commit, and now Twitter is in an uproar around the Vermont senator in what appears to be the beginnings of a cancelation by the left. The reasoning? Sanders must be both racist and sexist.

Bernie torpedoed Neera Tanden’s nomination as an act of revenge against Hillary Clinton. He had no qualms about using a woman of color to do it.

He's failed at both.

Bernie Sanders on his way to prevent another woman from beating him (again) to the Presidency.

Socialist Fossil Bernie Sanders is the biggest pussy in the Senate. The Neera Tanden “mean tweets” drama should be a warning to all Indian Hindu Americans. The Democrats are only after our votes and $$$$. Progressives have declared us their enemies.

I don't understand why he was given a committee chair. He's not even a member of the Democratic party.

The one where Bernie Sanders, who for some dumb reason was allowed to be chairman after he fucked up the VA, has fucked up Neera Tanden's nomination and the $15 minimum wage.

I believe we call it Earth.

Bernie Sanders didn't have a job until he was 40, and it was for the government.

Bernie Sanders didn't vote until he was 40, when he voted for himself.

Bernie Sanders doesn't have the qualifications & experience to discredit Neera Tanden his white male privilege gave him that.

Again show me the bigotry that Neera Tanden has perpetuated because I’m posting the racism that Bernie Sanders HAS DONE pic.twitter.com/uclqI5MVul

Bernie Sanders gets his revenge on Neera Tanden. Another strong woman punished.

She was qualified & the attacks on her were empty double standard B*LLSHIT.

The racism & pure misogyny of the senators who blocked Neera Tanden's confirmation is clear as day. I am including Bernie Sanders in that group who cried crocodile tears over her tweets, yet he did nothing abt his aggressive supporters during his '16 and '20 campaigns

To be fair, Sanders does have his defenders within the Democrat Party but it would appear that Sanders has lost his luster. He’s been branded as two of the worst things you could be in this day and age to the left and whatever sweetheart status he had is now long gone. 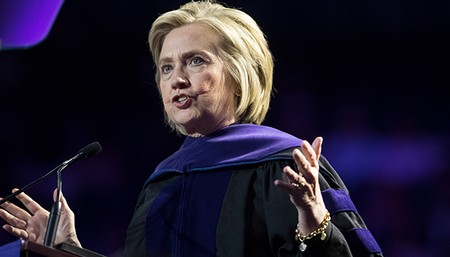