President Abraham Lincoln was a pioneer in many regards and the thing he’s most famous for was being the president that ended slavery.

It obviously wasn’t an easy road. Lincoln himself had to fight hard to free the many black slaves being held in the United States, be it resistance by the Democrats in Washington D.C. or the southern states which had risen up in civil war. A lot of blood was spilled before it was all over, including Lincoln’s in the end.

Like any good person trying to change the world, Lincoln had to put forth many arguments in favor of his position and debunk many other ideas to boot.

Lincoln is still debunking arguments to this day, believe it or not. Today, Lincoln’s old adversaries, the Democrats, have crafted a narrative proclaiming that our nation was founded on white supremacy. They often cite the fact that our founders owned slaves themselves.

Like many leftist arguments, this is only partly true. It’s true that our founders did own slaves, but to say that our nation was founded on “white supremacy” and the idea that men aren’t really created equal despite their most famous document saying so is fully off the mark.

I could explain it myself, but I’m just going to step aside for a moment and let Lincoln himself explain and defend our founding fathers and the government they created during his 1854 Peoria speech.

The argument of “Necessity” was the only argument they ever admitted in favor of slavery; and so far, and so far only as it carried them, did they ever go. They found the institution existing among us, which they could not help; and they cast blame upon the British King for having permitted its introduction. BEFORE the constitution, they prohibited its introduction into the north-western Territory—the only country we owned, then free from it. AT the framing and adoption of the constitution, they forbore to so much as mention the word “slave” or “slavery” in the whole instrument.

In the provision for the recovery of fugitives, the slave is spoken of as a “PERSON HELD TO SERVICE OR LABOR.” In that prohibiting the abolition of the African slave trade for twenty years, that trade is spoken of as “The migration or importation of such persons as any of the States NOW EXISTING, shall think proper to admit,” &c.

These are the only provisions alluding to slavery. Thus, the thing is hid away, in the constitution, just as an afflicted man hides away a wen or a cancer, which he dares not cut out at once, lest he bleed to death; with the promise, nevertheless, that the cutting may begin at the end of a given time. Less than this our fathers COULD not do; and NOW [MORE?] they WOULD not do.

Necessity drove them so far, and farther, they would not go. But this is not all. The earliest Congress, under the constitution, took the same view of slavery. They hedged and hemmed it in to the narrowest limits of necessity.

In 1794, they prohibited an out-going slave-trade—that is, the taking of slaves FROM the United States to sell.

In 1798, they prohibited the bringing of slaves from Africa, INTO the Mississippi Territory—this territory then comprising what are now the States of Mississippi and Alabama. This was TEN YEARS before they had the authority to do the same thing as to the States existing at the adoption of the constitution.

In 1800 they prohibited AMERICAN CITIZENS from trading in slaves between foreign countries—as, for instance, from Africa to Brazil. In 1803 they passed a law in aid of one or two State laws, in restraint of the internal slave trade. In 1807, in apparent hot haste, they passed the law, nearly a year in advance to take effect the first day of 1808—the very first day the constitution would permit—prohibiting the African slave trade by heavy pecuniary and corporal penalties.

In 1820, finding these provisions ineffectual, they declared the trade piracy, and annexed to it, the extreme penalty of death. While all this was passing in the general government, five or six of the original slave States had adopted systems of gradual emancipation; and by which the institution was rapidly becoming extinct within these limits.

Thus we see, the plain unmistakable spirit of that age, towards slavery, was hostility to the PRINCIPLE, and toleration, ONLY BY NECESSITY.

It should be understood that the founding fathers were exceedingly brilliant men who knew they were also limited by the power and culture of their time. Nevertheless, they planted seeds that would soon grow into what Lincoln would reap. 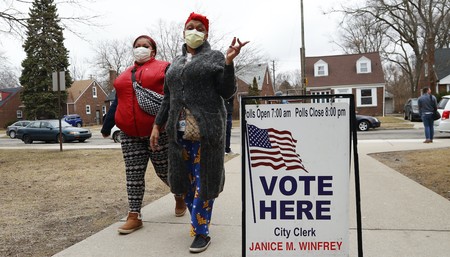 Red Tsunami: The Million-Voter Shift to the Republican Party Isn't Waking up Democrats

As the States Grapple With a Post-Roe Electorate, Flawed Premises Do Nothing to Facilitate a Real Conversation
Jennifer Oliver O'Connell 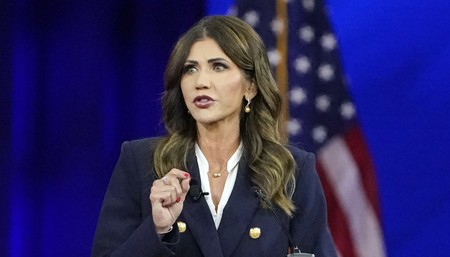