I think black lives matter and it’s very likely that you do, too. Like me, however, you probably don’t think the institutionalization of Black Lives Matter is a good thing, and when you profess any resistance or rejection of the institution, there’s uproar based on confusion.

There seems to be a “guess the cup it’s hiding under” trick that takes place and sadly, that’s on purpose.

Rest assured, Black Lives Matter (BLM) is an institution. Tucker Carlson, during his latest monologue on Fox News, accurately described BLM as a political party that has achieved more support and power than any other political party today. It’s currently more popular than President Donald Trump at 62 percent compared to Trump’s 43 percent.

In fact, as Carlson goes on to inform us, it’s more popular than pretty much everyone.

Rest assured, the majority of America does believe that it matters. They’ve been turning up in peaceful protests in astounding numbers to say so, and it doesn’t seem to matter what your race, creed, political party, etc. is.

If you’re a freedom-loving individual who wants to do the right thing and help people who need it, the idea of “black lives matter” is a great thing to agree with.

But the concept of black lives mattering has an institution attached to it that many Americans can’t get on board with. Black Lives Matter the institution isn’t looking for equality, they’re looking for support and power for the Democratic party. We know that because the official BLM donation page goes straight to ActBlue, which is tied directly to the Democratic party.

(READ: Black Lives Matter and Its Online Mob Don’t Seem to Have a Valid Purpose)

The institution of BLM doesn’t even stop there in terms of insanity. Its “what we believe” webpage detailing what it believes descends into radical hard-left positions that you’d usually only find on SJW Tumblr pages. This includes dismantling the patriarchy, uplifting black trans people, and dismantling the nuclear family:

We are self-reflexive and do the work required to dismantle cisgender privilege and uplift Black trans folk, especially Black trans women who continue to be disproportionately impacted by trans-antagonistic violence.

We build a space that affirms Black women and is free from sexism, misogyny, and environments in which men are centered.

We practice empathy. We engage comrades with the intent to learn about and connect with their contexts.

We make our spaces family-friendly and enable parents to fully participate with their children. We dismantle the patriarchal practice that requires mothers to work “double shifts” so that they can mother in private even as they participate in public justice work.

We disrupt the Western-prescribed nuclear family structure requirement by supporting each other as extended families and “villages” that collectively care for one another, especially our children, to the degree that mothers, parents, and children are comfortable.

We foster a queer‐affirming network. When we gather, we do so with the intention of freeing ourselves from the tight grip of heteronormative thinking, or rather, the belief that all in the world are heterosexual (unless s/he or they disclose otherwise).

This is enough to turn the vast majority of America off to BLM the institution, and certainly, you’ll find many people saying so…and here is where the trap is sprung.

Your voiced disagreements with BLM the institution can easily be framed as disagreement with black lives matter the concept, and this is abused by many activist groups, media figures, and politicians. It’s effective. It not only silences a lot of dissent from the population, but it also pressures Americans to blindly support whatever BLM the institution says they should. Next thing you know, these intimidated people are voicing their support for an organization that, in truth, is support for a concept. It’s a dirty trick.

Likewise, many Americans who don’t engage in politics are completely ignorant of the difference between the concept and the institution, and their support is framed as support for the institution. It’s an equally dirty trick.

BLM the institution, along with leftist politicians and media figures, are essentially playing on the people’s fears of being isolated and ridiculed, on top of American’s natural approval for fair play and equality, to empower political agendas and promote divisive narratives that make certain groups look bad.

The faster Americans understand this fact, the faster we can separate the wheat from the chaff. The rejection of problem causing institutions that disguise themselves as common sense concepts can’t happen soon enough. The faster we do this, the faster we can actually get around to solving the problems that plague the black lives that really do matter. 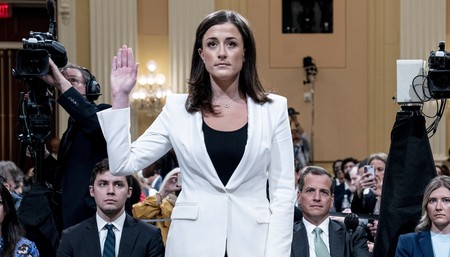