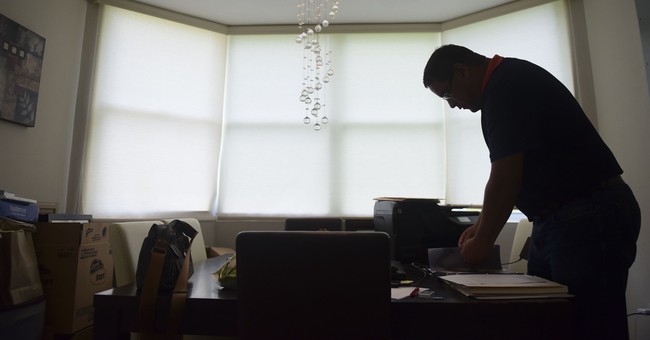 Suicides have spiked as the economy continues getting crushed under the weight of the response to the Wuhan Coronavirus.

According to WATE-TV, Knoxville, Tennessee Mayor Glenn Jacobs was forced to address the issue in his latest update after nine suspected suicides happened in Knox County in just 48 hours.

“That number is completely shocking and makes me wonder if what we are doing now is really the best approach. We have to determine how we can respond to COVID-19 in a way that keeps our economy intact, keeps people employed and empowers them with a feeling of hope and optimism – not desperation and despair,” said Jacobs.

Knoxville is hardly alone. Reports are coming in from all over the place that suicide prevention hotlines have been ringing off the hook as people call in seeking help.

According to the San Francisco Examiner, calls to various California hotlines have picked up 15 percent, specifically at night. Crisis Support Services Executive Director Narges Zohoury Dillon said that this is similar to the spikes in calls seen during the 2008 recession, but that the Wuhan coronavirus outbreak will be much worse due to the isolation required by law.

“From a crisis line perspective, the larger impact is yet to come, especially as people who work for us and also our callers know someone personally impacted by the virus,” Dillon said. “So many grief rituals require togetherness and without an ability to have togetherness, grief will just linger.”

Naturally, more are calling in after having lost their jobs according to the Examiner:

“So far, the general feelings for our participants are anxiety, and depression,” said Nicole Santamaria, executive director of El/Las Para TransLatinas. “Some of our participants are hourly employees who were laid off from their work and are very concerned for the rent, and other living expenses. This crisis has brought a lot of instability, and opened more vulnerability layers in their already complex and challenging lives.”

Similar lines are experiencing high call volumes in Massachusetts according to the Boston Globe. KVAL-TV in Oregon is reporting the same. According to them, police responses to suicide attempts or threats are up drastically:

Calls for threats or attempts of suicide are up 41% over this time last year, and up 23% from the 10 days prior to the state of emergency in Portland, Police Chief Jami Resch said in a news conference Tuesday.

As it stands, 6.6 million Americans have filed for unemployment. This is a horrifically high number, especially when you consider that the chances for many of these people to fall into depression or experience hopelessness that may lead them to take their own lives.

While sheltering in place and not going out will drastically reduce the chances of you getting the virus, one thing that it won’t help us escape is the damage to the economy that will lead to more deaths with suicide just being one of the ways it will happen. As people continue to lose their livelihoods, we can expect to see this number go up, and with our order to isolate ourselves from everyone else in effect, this number may be far worse than any crisis we’ve ever seen.