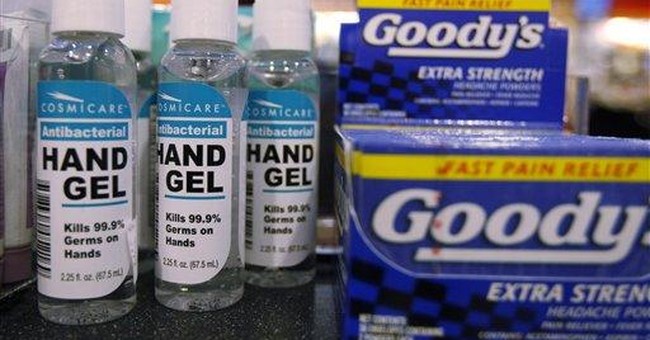 A property giant known as The Greenland Group, which is majority owned by the Chinese government, raided Australia’s supply of masks, hand sanitizer, antibacterial wipes and other essential medical supplies and shipped them back to China.

According to the Sydney Morning Herald, a whistleblower within the company came forward and revealed the real-estate giant has essentially drained Australia of its necessary anti-coronavirus equipment:

“Basically all employees, the majority of whom are Chinese, were asked to source whatever medical supplies they could,” one company insider told the Herald. This exercise went on for weeks through January and February, he said.

The entire accounts department, contract managers, the human resources team and even receptionists were sent on a mission to find bulk supplies of surgical masks, thermometers, antibacterial wipes, hand sanitisers, gloves and Panadol.

“There were numerous requests from the HR manager and even our direct reporting line [which] prioritised the assisting of the company in gathering these supplies over other work activities,” said the source. The entire accounts department were absent for days as they were out purchasing supplies, he said.

When questioned by the Herald, the Greenland Group issued a statement saying it “felt compelled … to assist in efforts to mitigate the spread of the virus, which had caused a shortage of crucial medical supplies in China.”

The Herald reported that while the shipping of the materials was legitimate, these were the very items that Australia has been in short supply of for citizens and health professionals alike.

If China is using their foreign-based corporations to raid other countries for medical supplies to be shipped back to China then this should raise quite a few eyebrows about China’s claims of having the virus under control.

As I reported earlier, China has made it a point to put out false numbers about how many people are sick and/or dead in their country but Wuhan residents, where the virus originated, are telling a different story. According to them, the death toll is extremely high and still rising.

(READ: Wuhan Residents Give a More Accurate Number of What the Death Toll There Really Is)

It is currently unclear what the Australian government is going to do in response.

Tucker Carlson BLASTS Dems' Attack on 'Domestic Terrorism': 'Something Awful Has Been Unleashed on Our Country'
Mike Miller

Carlson Explains What Message Dems Are Sending with the Militarization of DC
Townhall
McConnell: Mob that sacked Capitol was “provoked by the president and other powerful people”
HotAir
THIS! Kick-a*s thread TORCHES media and the Left proving THEY'VE created extremists from normies who just want to be left alone
Twitchy
Biden Taps Transgender Health Official With Horrifying COVID-19 Nursing Home Record
PJ Media