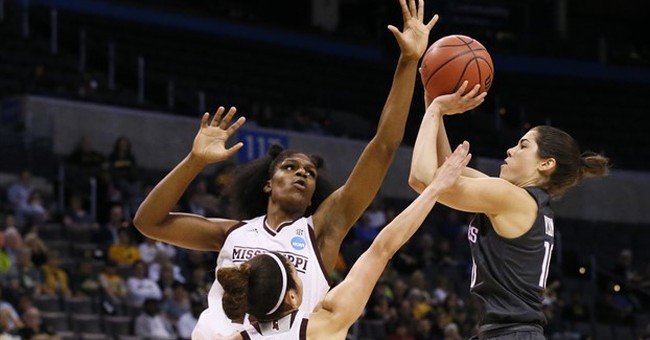 Jesse Kelly, the host of “I’m Right” on The First, got the attention of the outrage mob simply by telling a joke, as is the usual case with these things.

The joke centered around the NCAA’s announcement that both men and women’s tournaments will be held without the presence of fans. The news prompted Kelly to joke about how nobody will be attending the women’s basketball tournament for the 40th consecutive year.

“With a heavy heart I must announce that nobody will attend the NCAA women’s basketball tournament for the 40th consecutive year,” tweeted Kelly.

That’s all it took to get the outrage machine in motion. Kelly received a deluge of tweets from angry feminists and all of the women’s basketball’s fan about how misogynistic he was, with a few racially centric tweets about his white skin.

Kelly, being the fair man he is, decided to issue an apology.

Only it wasn’t really an apology. As you’ll see, Kelly tries to explain why his joke landed flat using women’s basketball as an example.

More important than the non-apology is Kelly’s message afterward. The joke apology that he issued showed the outrage machine that he wasn’t about to offer them his scalp and didn’t find any reason to care about their anger toward him. Once they realized they weren’t getting their pound of flesh, they left. This led to Kelly issuing one final tweet on the situation, and it’s a lesson everyone could learn from.

“A final word on this: I was FLOODED with demands for a retraction after the initial tweet,” tweeted Kelly. “My employers too. Since I sent out my non-apology, it all stopped immediately. The Leftist bullies live to control what you say. If you deny them that, they leave. Go and do likewise.”

I can’t stress the importance of this lesson enough. Never give in to the outrage mob. Ever.