The Christian student body at Opelika High School in Alabama wasn’t going to let America’s largest atheist activist group, the Freedom From Religion Foundation, stop it from praying before a game with legal threats.

According to the Opelika Observer, the Opelika City Schools Board of Education received a letter from the Freedom from Religion Foundation in September detailing its “request” for the school to cease any sanctioned prayers before games as it violates a Supreme Court ruling. They also noted that they would like a step by step process being taken by the board on how they’re going to shut down school-led prayer in writing.

“The Supreme Court has specifically struck down invocations given over the loudspeaker at public school athletic events, even when student led,” said the FFRF.

The FRFF didn’t express what legal action they’d take if they weren’t obeyed, but judging by their habit of bringing lawsuits about to people who run afoul of their militant atheism, it would result in a lawsuit. The OCS capitulated but noted that the students could pray all they want, but coaches aren’t allowed to participate.

“We recognize that the United States of America is a nation of laws and we will abide by the current law,” stated OCS Superintendent Mark Neighbors. “Our students are allowed to pray, but our coaches are not allowed to participate.”

After that, the school moved into “moments of silence” before the games instead of open prayer.

The FFRF may have considered this a victory, but apparently the students weren’t going to throw away their group prayers so easily. Standing up during this “moment of silence” the crowd at the football game began reciting the Lord’s Prayer out loud.

Opelika students in the @OHSdawgpound recite the Lord’s Prayer prior to kickoff tonight pic.twitter.com/5nsS1Ly23D

This is certainly no violation of the Supreme Court decision. This wasn’t lead by any of the staff or coaches. Some students got up and recited the Lord’s Prayer together before a football game.

If the FFRF is going to get their undies in a twist over this, it’d be interesting to see what kind of lawsuit they bring against the students, if they bring any.

If you think this complaint by the FFRF is a little bit on the whiny side, then understand that you’re dealing with some very whiny people. This is the same group that recently brought a complaint against the judge in the Amber Guyger case. As my colleague Streiff pointed out, Judge Tammy Kemp gave Guyger her personal Bible after the court had finished with Guyger’s case. The FFRF was so overcome with shock that a Christian would counsel someone in their lowest moment to seek comfort in Christ that they wished to have her investigated and educated.

A bit on the pathetic side, but thank the flying spaghetti monster that this organization is there to stop people from bringing comfort to the low through the best way they know how. 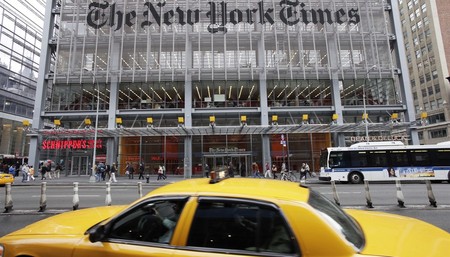