San Francisco is where a lot of the left-leaning rich, and while they may lord the virtues of caring for the poor and unfortunate, they don’t want them anywhere near themselves or their neighborhoods.

According to CBS News, the wealthy people of a rich neighborhood in the famous Golden Gate city are currently attempting to raise funds to prevent a homeless shelter from being built near their neighborhood out of concerns for safety:

Calling itself “Safe Embarcadero for All,” the organizer is appealing to residents of South Beach, Rincon Hill, Bayside Village, East Cut and Mission Bay, saying the money will be directed to a legal fund to pay for efforts to fight the homeless shelter. San Francisco Mayor London Breed has sponsored legislation to fast-track the building of the Navigation Center, which would house 200 homeless people a stone’s throw from Google’s San Francisco offices and Gap’s headquarters.

Among the big names donating large sums — $10,000 each — to the crowdfunding campaign to block the shelter are Salesforce CEO Marc Benioff, Twilio CEO Jeff Lawson and GoFundMe itself, according to the Guardian.

The irony here is that San Francisco, being the Smurf blue city that it is, is often one that makes a grand showing of how enlightened and caring it is about those who are looked down upon by those mean old middle American Republicans. It has declared itself a “sanctuary city” where illegal immigrants will not be bothered by ICE agents and can live in peace. It cares so much that it actually provides needles for the homeless drug addicts that can be seen on every corner thanks to its caring laws.

But all of these goes out the window when it arrives on their doorstep. Now, these wealthy are raising funds for legal help in fighting this homeless shelter from being put near them, saying that we need to think of the children, and that these homeless people are dangerous drug addicts.

Yet they don’t see the problem in unfettered immigration, which brings with it drug trafficking, violence, and child trafficking. Self-awareness is not part of the San Francisco leftist way.

Hilariously, a rival Go-Fund-Me page has also been set up to help out with the homeless shelter’s funds in order to combat the rich people trying to force it away from them, and so far it’s outpacing the rich San Francisco residents’ fundraising page according to CBS:

At the same time, a rival crowdfunding effort is raising money to support the homeless shelter and had received more than $144,000 of its $175,000 goal as of Monday morning. Its organizers said their funds would be used to fight the residents who are trying to block the shelter’s construction.

So much for “no bans” and “inclusion” and “sanctuary for all.” 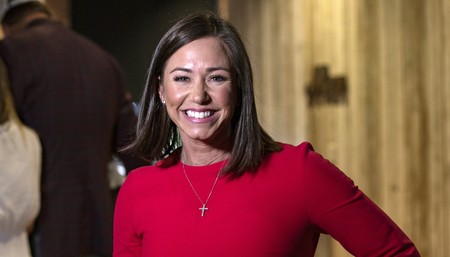