Either Fox News and Trump Don't Cause Terrorism, or the Leftist Media Is Guilty of Causing Terrorism Itself

The left needs to choose.

We’ve been told for ages that Rush Limbaugh and Fox News are part of an evil right-wing attack machine that disseminates Republican propaganda that blatantly tells falsehoods to the people in order to fool them in a life of corporate obedience and bigotry.

The left was so distraught that their long monologue had morphed into a dialogue with the success of talk radio, and after that, the rise of Fox News, that they tried to find legal ways to deal with their political opponents, currently creaming them in the ratings and getting America to think out of acceptable leftist bounds.

Their solution was a return of 1949’s “Fairness Doctrine,” which would force programmers to give as much time to left-wing pundits as they do to right-wing ones. It was abused the moment it was implemented, allowing any criticism of a President’s policies to be responded to on that network’s time and dime. Eventually, many programs stopped airing political commentary altogether.

One of President LBJ’s staff was blunt about their use of the doctrine, stating “Our massive strategy was to use the Fairness Doctrine to challenge and harass right-wing broadcasters and hope that the challenges would be so costly to them that they would be inhibited and decide it was too expensive to continue.”

So it was no wonder the left wanted it back so badly when Rush sat down behind his microphone with great effect after President Ronald Reagan killed it in 1987.

Since then, the left has frothed at the mouth over the existence of right-wing media, putting the blame for many societal ills and grievances at the feet of Fox News for daring to run reports that don’t toe the Democratic party line.

President Barack Obama wouldn’t shut up about Fox News and blamed the network for any setback he experienced. In 2011, Huffington Post organized a list of advertisers you could contact to threaten with a boycott if they didn’t stop doing business with Fox News. Salon accused Fox News of spreading anti-Muslim bigotry after 9/11. John Oliver just did an entire Fox News bash-a-thon on his show.

You get the idea. Fox News bad. Fox News cause all problems.

So it’s not surprising that when the Tree of Life Synagogue was shot up by an anti-Semite who took 11 lives, many fingers pointed toward Fox News, such as that from Alex Leo who connected both the Tree of Life shooter and the originator of the fake bomb sent to Democrats to Fox News.

The most effective thing Americans can do is boycott companies that advertise on Fox. They bankroll the poison that goes from the studio into Trump’s head. The second is vote.

Washington Post columnist Max Boot, however, took the day when he wrote an article titled “Fox News and the rest of the right-wing media can’t escape responsibility,” with, what I can presume, was a straight face:

There is partisanship on both sides of the political spectrum, but no left-wing outlets propagate extremism as successfully or widely as conservative media do. A new study of “Network Propaganda” by three Harvard researchers notes that liberals, by and large, get their news from sources such as The Post, the Times, NPR and CNN that, regardless of any political bias, also engage in rigorous fact-checking. Conservatives, by contrast, are being brainwashed by right-wing media that are an “echo chamber” for “rumor and conspiracy theory.”

But the leftist media is digging its own hole very, very deeply.

For one, every outlet Boot just listed is extremely guilty of extreme bias or blatantly lying about everything from Trump to the NRA in blatantly cheap attempts to score political points.

While every leftist outlet has a horrible track record for carrying falsehoods, Trump’s favorite target above all targets is CNN. The President regularly puts them down, but with good reason. CNN is notorious for lying about what Trump is doing. In fact, the Daily Caller made an entire list of lies CNN has recently told, from the edited Trump fish feeding video, to them painting Ted Cruz as a coward for not giving them an interview after the Parkland shooting. He did, CNN just never aired it and ran with the narrative.

Attacking the leftist media for lying isn’t a bad thing. They should be attacked. They need to be called out. The record needs to be set straight, and those who wilfully spread the lie should be shamed.

But for the left to point at Fox News and any other right-leaning outlets as the cause of fake bombs and synagogue shootings is the utmost hypocrisy. Did they forget about Republicans being shot at during baseball practice by a Bernie supporter? Did they forget the violence and destructiveness of Antifa? The physical assaults of GOP officials?

Did you know a GOP HQ office was shot at very recently? Probably not. The media isn’t really talking much about it. As of this writing, CNN doesn’t seem to have covered it at all.

Democrats seem ready and willing to point at right-leaning outlets for every problem under the sun but are absolutely horrified when the right goes after them, no matter how correct the right is. They want to take no responsibility for anything anyone in the leftist media does but have no problem accusing right-media of being terrorist enablers. Hilarious, coming from the side that holds up figures like Bill Ayers and Antifa.

And didn’t the New York Times just recently get told off by the Secret Service for publishing a Trump assassination fantasy involving an agent?

At some point, the left is going to have to choose: Either continue their long history of doom and gloom about reporting on the right causing violence and terrorism, or acknowledge that Fox News and Trump are guiltless of any activity done by individuals. They can’t have it both ways. 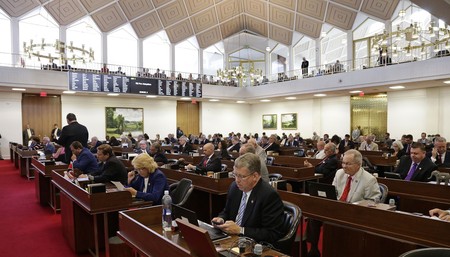