As the Democrat field coalesces behind Biden AOC could become the odd-lady out.

It was a headline that generated only immediate laughter to an objective observer. When The Hill announced ‘’Ocasio-Cortez says Biden campaign has not reached out to her’’ the levels of mirth contained therein begged to be read. What you have is a news outlet boldly announcing that something has not happened, and presenting that as news. Additionally one begins to wonder — how many other headlines will we receive about something not taking place? Will we be getting regular reports on who else has not spoken with AOC?

What The Hill was giving us was a digest form of an interview conducted by The New York Times with the Representative, as AOC spoke at length about the Biden camp and what she viewed as the failings of his campaign. By her estimation, Biden had failed to do appropriate outreach in order to persuade her, Bernie Sanders, and the wider swath of socialist followers to move over and back his campaign for the presidency. It was an example of horrible political timing, and it served to more accurately show that Ocasio-Cortez has some serious challenges in front of her.

The thrust of the interview concerned what the Biden campaign has failed to do in order to win her support, and she displays many of her trademark quotes of obliviousness. “While Biden is the nominee, we also know that he didn’t win because of policy. In state after state after state, Democratic voters support a progressive agenda.’’ Biden’s overwhelming delegate totals would seem to belie this statement, but then I do not have an economics degree from Boston University.

AOC detailed the problems she has with Biden’s healthcare initiative, saying “They floated this olive branch to the progressive left of lowering the Medicare age to 60,” she told the Times. “And it’s almost insulting.’’ Also brought up was her demand to eliminate student debt, and Biden’s failure to adequately back her failed Green New Deal initiative. The Times also noted a prior interview where Alex From The Bronx said,’”Oh God — in any other country, Joe Biden and I would not be in the same party, but in America, we are.”

All of this is a remarkable shift in political reality. We are talking about a freshman House member here who just turned 30, hailing from a district that is consistently blue, not regarded as a swing district that will be crucial come November. Normally this is someone who would not have a voice in an election cycle, but Nancy Pelosi’s ill-thought plan to give so much political import to the group of arrivals dubbed The Squad has led to this. Now we have interviews in the country’s largest newspaper with this underwhelming and overmatched newcomer demanding that a career politician heeds to her demands.

The embarrassment of this was highlighted on Monday. This interview obviously had been conducted without her prior consulting the Sanders camp, released Monday morning as it was. All of AOC’s bleating in print was rendered useless when later in the day Bernie came forward to declare he was finally backing Joe Biden. This leaves AOC standing alone in shrill opposition. Sure, there is still the Democratic Socialists, insisting they are not endorsing Biden, but this hardly places Alexandria into the mainstream.

If she will retain her mostly ineffectual influence in D.C., AOC will need to play along, something she has been reticent to do. Nancy giving her free reign has not exactly taught Ocasio-Cortez how to work the political system; she has operated with a level of entitlement, bolstered by a fawning press and, as a result, has developed no political skills.

The Biden camp has commented that Sanders will have a large role in crafting the Biden agenda, an odd occurrence itself as the normal practice of a candidate securing a party nomination always sees them moving to the center in order to appeal to independents. Giving Bernie some policy influence may still lead to Alexandria having a say in some matters, but this will mean she has to cow to party demands.

When the DNC is running the show with an eye on November, petulant foot-stomping will not be influential. If her demands made do not comport with the needs of the campaign they will be discarded. If Biden ends up losing it will be interesting to watch whether the impotent hectoring of Alexandria Ocasio-Cortez will lead her to become discarded as well. 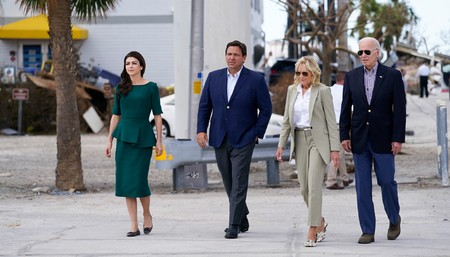