Gov. Ron DeSantis of Florida keeps stacking wins. He did so again after news broke yesterday evening that Royal Caribbean, one of the top two, major cruise lines that operate out of Florida, will not require so-called “vaccine passports” for passengers. This comes after DeSantis used the state’s power over the ports to ban the practice.

While many suggested the cruise lines would succeed by simply moving to another state, that doesn’t appear to be the case.

The before (require) vs. the after (recommend): pic.twitter.com/jdxgBWdVfq

The Miami Herald is a far-left newspaper that has spent a lot of time lately fluffing proven liar and conspiracy theorist Rebekah Jones, so you know it pained them so much to report this. I’d expect a lot of hysteria to emanate from this decision, with plenty of people accusing DeSantis of trying to kill people. In other words, it’s another day ending in “y.”

DeSantis fought this fight for a very simple reason. Vaccine passports were never going to stop at cruise ships, any more than “15 days to stop the spread” was going to end at 15 days. You cannot give in to left-wing interests, especially those dictated from a federal level (the vaccine passports for cruise lines edict came from the CDC), and have any expectation that they won’t keep taking and taking.

Besides, there is no scientific reason to single out cruise lines, compared to any myriad of other public places. An indoor bar is almost certainly going to include people more tightly packed together than a cruise ship, for example. The vaccine is readily available and free. Anyone fearful of infection on a cruise is welcome to go get it before boarding. Tens of millions of unvaccinated people also enjoy natural immunity, which has recently been shown to be long-lasting.

Past that, personal choice is preferable. If someone wants to take the risk of being unvaccinated, that’s on them at this point. Businesses shouldn’t be going all “papers please” over vaccines, any more than they should be doing that for a hundred other reasons.

Some commentators on the right chastised DeSantis for waging this battle, when he could have just caved. I would ask them if they’ve paid attention to absolutely anything over the last year and some change. The encroachment of both government and big business using big government as cover has been massive. They will not relinquish the power they’ve seized without a fight.

DeSantis is willing to engage while many Republicans would rather sit back, watch liberty chipped away at, and then complain about it down the road. That’s not a winning strategy. It’s simply a strategy to sell newsletters and enrich think tanks. 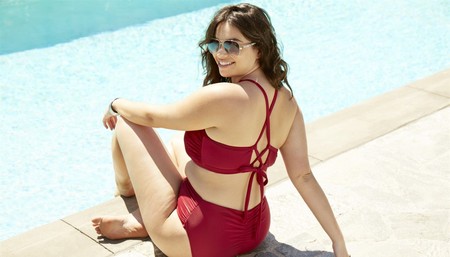