One of the most hackish “journalists” currently in the public sphere struck again last night. PBS’ Yamiche Alcindor, who has made a name for herself by continually mixing partisan opinion with her reporting during the Trump era, decided it would be a good idea to put words in the mouth of a paraplegic who decided to stand for the National Anthem at the RNC. The man in question is Congressional candidate Madison Cawthorn, who suffered paralysis after a 2014 car accident.

Madison Cawthorn made it a point to stand, suggesting that all Americans to should stand during the pledge of allegiance & national anthem.

It was a direct rebuke of actions by ppl — including black athletes who are currently sitting out games — protesting police brutality.

Of note is that Cawthorn never said anything about rebuking the actions of black athletes who are currently sitting out games, though it’d certainly be within bounds to criticize their actions and hypocrisy. Alcindor is completely making that angle up, putting words in a paraplegic’s mouth because he decided it’s personally important for him to stand for the flag.

Nowhere did Cawthorn state his standing was a “direct rebuke of actions by ppl — including black athletes who are currently sitting out games — protesting police brutality.

And Yamiche Alcindor is not a journalist. https://t.co/IybeznJdZ0

Alcindor’s style of assumption and editorializing while claiming she’s reporting objective facts has become more and more prevalent in the mainstream media. You can hardly blame her, though, since it’s earned her more notoriety than she has ever had before. The PBS reporter even has a book coming out, which explains her recent desire for the spotlight. This mixing of personal ambition and political narratives with journalism has had an incredibly corrosive effect on our discourse.

Madison Cawthorn may be paralyzed, but @Yamiche is the one who is a completely broken person. Only a deranged lunatic who worships at the altar of politics could get angry at the sight of a paralyzed person standing up. What a sad, pathetic way to go through life.

Obviously, Alcindor’s tweet was meant to decry the idea that anyone could think black athletes kneeling for the anthem is not proper. The immediate rush to pit the two sides against each other, even when one side said nothing of the sort, is typical mainstream media slop. Alcindor’s partisanship is so strong that she can’t even let go of her narrative long enough to allow a paralyzed man to stand for the anthem. Think about how broken someone must be to reach that point. It’s a sad indictment of our current journalistic landscape and Alcindor remains at or near the top of the list when talking about sheer hackishness in reporting the news. That our tax dollars pay some portion of her salary is as good a case as any for fully defunding PBS.

For his part, Cawthorn is headed to victory in November. But I don’t expect the attacks on him to stop. Alcindor is just the latest in a long line of “journalists” who have no lines when it comes to parroting left-wing talking points. 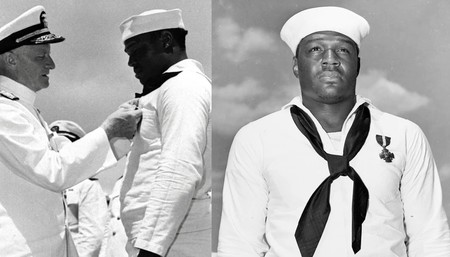 A U.S. Navy That Instructs on Pronouns Is a Navy Unprepared to Fight a War
Jennifer Oliver O'Connell 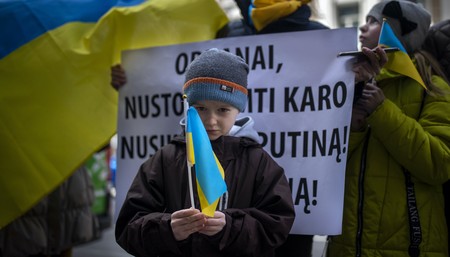 Supreme Court Hands Down Huge Victory on School Choice
Townhall
Stephen Colbert rages at Tucker Carlson over the arrest of his production crew
Twitchy
The Left Is Really Losing It After Supreme Court Sides With Religious Schools
Redstate
Insanity Wrap: We Need to Talk About Juneteenth
PJ Media