The debate over Twitter’s censoring of conservative speech is currently raging. The battle lines aren’t especially clear, as some want to revoke Section 230 completely, some want to do nothing, and some are in the middle, hoping that Twitter polices themselves and saves everyone the trouble.

Now, FCC Chairman Ajit Pai has publicly commented, pressing Twitter on their selection bias, which includes allowing Iran’s dictator to spew real threats with no censorship at all.

Serious question for @Twitter: Do these tweets from Supreme Leader of Iran @khamenei_ir violate "Twitter Rules about glorifying violence"? pic.twitter.com/oEkCC8UzFV

This was always going to be the response and it’s why it was so idiotic for Twitter to even involve itself in such policing of speech of their platform. The standards are not defined, nor are they uniformly enforced. That’s how you end up with the President being censored for “encouraging violence” while Khamenei can directly call for the destruction of Israel with no consequences. There are also questions about whether allowing Khamenei to speak as a state entity on the platform violates sanctions against the country.

What this shows is that the FCC is paying attention and that’s not good news for Twitter. Whether they’ll take regulatory action isn’t clear, but that last thing any social media company wants is the FCC putting a microscope on them.

This much is clear though.

Twitter has no one to blame but itself. And it deserves plenty. https://t.co/xADVbItI0p

Twitter is at fault here. They decided to put politics over common sense, including common business sense. Why even stir the hornet’s nest up, especially when so many on both sides want to neuter you? It makes no sense, but unlike Facebook’s founder, Jack Dorsey is an idealist who sees his liberal ideology as paramount. If it means burning down his platform, that may be a price he’s willing to pay.

The smart decision would be to retreat, stop this lunacy, and follow Zuckerberg’s lead. We’ll see how far Dorsey wants to push this. But if he keeps pushing it, he’s going to lose because the opposition to his actions aren’t separated on partisan lines. Joe Biden and Donald Trump are both railing against Section 230 (which is perhaps a sign we shouldn’t repeal it outright).

I value social media, as it is a place that helps sites like RedState. But I also understand that people want a level playing field from a company being handed billions in free liability coverage. It shouldn’t be this difficult to fix this, but Twitter’s stubbornness may be their downfall.

Don’t Let Them Diminish the Meaning of Independence Day

Why Do You Love Your Country?
Susie Moore 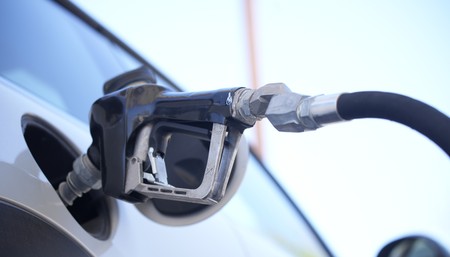