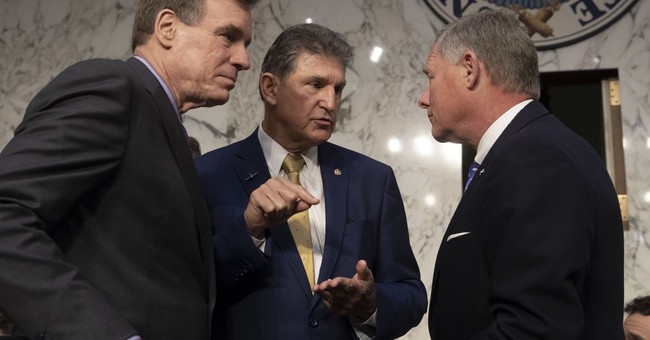 You’d be remiss if you weren’t aware a Republican chairs the Intelligence Committee in the Senate. Richard Burr is supposedly in charge, but more often then not, it appears that Democrat Sen. Mark Warner is actually calling the shots. Over and over, we’ve seen the committee ignoring prudent information and continuing to toe a certain line despite new evidence emerging.

Earlier this week, that happened again, as Burr and his colleagues released a “report” that was essentially just a rehash of Obama’s ICA report, which charged that Russia was interfering to help Donald Trump get elected.

Luckily, we have people like Undercover Huber, who have dedicated countless hours to this issue, to show exactly how flawed what they put out is. For example, you’ll be less than shocked to find out that their report didn’t include anything about the Steele dossier being Russian disinformation, nor that the IC and FBI were largely relying on it for their initial findings.

Or that the ICA Annex A (a summary of the dossier) “does not mention the private clients who paid for Steele’s work.”, despite multiple people within DOJ, FBI knowing this (and likely other agencies too)

The original assessment, which the Senate Intel Committee relied heavily on and chose to rubber stamp, was using flawed information from the beginning. Despite mentioning those issues (which the media are ignoring), Burr’s report seems to have no care for them, which seems rather odd given the goal is to judge the credibility of the original ICA.

Regardless, the ICA and Senate report are rife with other problems as well.

Or that this “two page annex” of the dossier is supposedly not part of the ICA, but those are the exact two pages that were supposed to be privately briefed to Trump, except Comey just told Trump about the Moscow hookers instead

Or that the report can’t even get basic facts right, saying that Crossfire Hurricane was officially opened on “July 30” 2016. It was July 31. Who fact checked this?

As Undercover Huber notes, the Senate report is also heavily redacted, yet no Democrat is calling for it to be revealed so we can see the sourcing and how they arrived at their conclusions.

I’ll note that Sen. Burr is in the middle of a major scandal involving millions in stock sales via inside information about the Wuhan virus. The Senate is conducting an ethics investigation and there’s little doubt law enforcement are also involved. While all that’s going on, he just so happens to release this report that parrots the Democrat’s gold standard about Russian interference, buying him good will with those who were previously calling for his ouster. What a coincidence, right?

The Senate’s report is useless. It’s so redacted as to add nothing new to equation and what is shown relies almost exclusively on a deeply corrupted document produced by the Obama administration. It glosses over the latest revelations about the Steele dossier’s usage, which challenges past assumptions, and it comes to a conclusion that is not at all supported by any actual evidence.

While I’ve certainly got my suspicions, you can speculate further as to why that is.