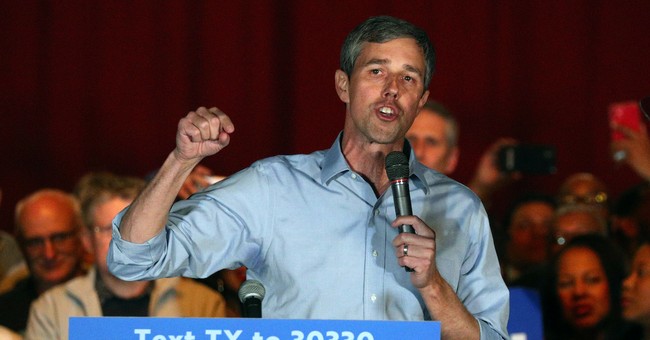 Two days ago, President Trump announced a temporary pause in immigration (which isn’t even much of a pause if you look at the details) as the country continues to battle the Wuhan virus pandemic. Logically, with tens of millions out of work, this isn’t a time to be importing labor or processing visas.

This has put liberals in a weird position. On the one hand, they argue that Trump has done a terrible job and that the country is overrun with the virus. On the other hand, they have to keep their social justice cred up, so they are left to stump for bringing foreign laborers into the country despite our work force currently being crushed. None of it makes sense, but that’s not really a prerequisite for the left.

Enter Beto O’Rourke, who had an absolute meltdown on Twitter in response to Trump’s proposed immigration order.

So many of the doctors, nurses and cleaning staff in the hospitals that are literally saving this country — despite how badly bungled the President’s leadership has been — are immigrants. They came to this country for a better life and to make us a better America. And they have.

Yes, and they are already here. Trump isn’t suggesting we deport doctors and nurses who are legally employed and fighting the virus. This is a common tactic among open borders advocates, which is to make those who came legally pawns in their narrative. Also, notice that Beto has no problem repeating Chinese propaganda about their death rates, claiming we have the most deaths in the world. In reality, we are categorizing deaths in the most liberal fashion possible and are actually honest about our infection rates. Others aren’t or simply lack the testing capacity to give accurate results.

But Beto has always been as self-loathing of an American as is possible, therefore he’ll try to paint us as doing a terrible job despite our very low death rate compared to other countries or the fact that are per capita infections are much lower than most of Europe.

Anyway, he continues by devolving into bouts of cussing and quazi-racism.

And what about the scientists and doctors who will come up with the cures and vaccines? You better believe many of them will be immigrants.

Are Hispanics genetically engineered to pick Beto’s crops and clean his bathrooms? That’d probably be news to them. It seems pretty racist to me to assume only immigrants are capable of doing janitorial work or cooking in restaurants, both in how he’s typecasting Latin Americans and in how he’s assuming people of other races who are currently out of work can’t do those jobs.

Regardless, Beto’s rant is nonsensical anyway. There are no new jobs right now to be had by granting more legal residencies. Anyone that’s already here doing what Beto claims must be done is continuing to do that work. Those currently holding temporary status to do things like pick vegetables in California are not being kicked out, and for all intents and purposes the border was already shut down anyway. Further, Mexico has closed their border to us as much as we’ve closed ours to them.

All Trump’s order actually does is give a time frame for reopening. Courts aren’t processing green cards right now, nor is ICE doing sweeping deportation raids. The current stance is to leave things as they are but not add anyone new to the roles that are already incredibly backlogged. That seems incredibly sensible given the current situation.

But Beto has gotta be Beto. It’s a real mystery how this guy didn’t make it in the presidential race long enough to see the first primary.