Joe Biden Can't Even Complete a Sentence - That's a Problem

Another day, another barrage of clips where Joe Biden appears to be completely mentally checked out. It’s quite literally getting to the point where he can’t complete a full sentence.

Here’s just one of the many examples from an online campaign message he put out yesterday.

Here we see Biden creating a word salad that ironically ends with him stammering about how things “make no sense.” I have very little idea what he’s actually trying to say, but again, this is a man who can’t speak without seeming as if he’s forgotten the English language. The guy who translates the CCP’s propaganda tweets is able to make more sense than what’s in that video.

Let’s also remember that Biden is not on the road constantly, wearing himself out. None of this constant fumbling is the result of external forces. He’s simply trying to do a short live hit from his home office. Even then, he can’t sound coherent.

At what point does everyone not in right-wing media admit this is a problem? How bad does it have to get? Are we really going to keep pretending this is a guy who can be the President of the United States? It’s honestly scary to think about how a Biden administration would function. Would his wife Jill call the shots? Or would it be some shadowy advisor? Because this is clearly not a man capable of processing and dealing with tough problems.

Democrats have to be thinking about a backup plan, though it’s going to be exceedingly difficult to execute one without further enraging the Bernie Sanders fans.

Regardless, the Democrat establishment made this bed. They get to sleep in it. 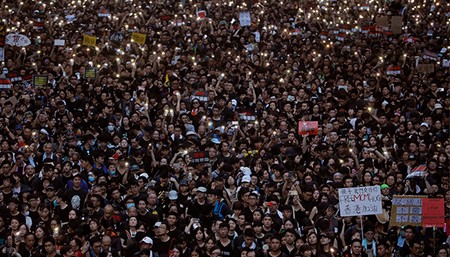