Imagine there was a terrorist attack that killed thousands of people. Let’s also imagine that Republicans then started bellowing that it was an opportunity to ban abortions and cut financial regulations. How would that be received? Would the mainstream media accuse them of grossly exploiting a crisis via unrelated matters? Of course they would.

Yet, that analogy applies exactly to what Joe Biden is currently doing. For the second time in a month, he’s now posited that the Wuhan virus pandemic is an opportunity to fundamentally transform the country.

Last month, Joe Biden said he viewed the coronavirus crisis as his "opportunity" to ram the Green New Deal through Congress.

Here he is saying it again. But this time, why just stop with his radical environmental agenda?

Joe Biden is an extremist. https://t.co/yroXv1JA3s

“The band-aid has been ripped off,” the former VP says as he tells CNN that we have a voting system that needs to be revamped. He then goes on to oddly blame the environment for the spread, something that makes no sense at all. What he doesn’t do is mention China, because he’s shown himself to be a lackey for the CCP’s wants for decades now (see Joe Biden Is China’s Choice). Instead of focusing on the real issues here, Biden wants a Green New Deal and to enshrine widespread voter fraud via ballot harvesting and completely remote voting.

Meanwhile, Chris Cuomo, who usually can’t go more than ten seconds without interrupting if he’s interviewing a Republican, sits quietly and lets Biden rant without an ounce of push back. CNN didn’t throw up any “without evidence” chyrons this time.

So what’s this really about? I’d posit this is about courting Bernie Sanders voters. All the talk about transforming the country and pushing pet issues like the environment are meant to perk up the ears of the Bernie Bros who currently can’t stand Biden. I doubt it works. Most people who support Sanders know that Biden is a fraud and they don’t trust him.

Regardless, Biden did at least manage to do this particular part of the interview without his mind melting (that didn’t last long). I suppose that’s progress.

Front-page contributor for RedState. Visit my archives for more of my latest articles and help out by following me on Twitter @bonchieredstate.
Read more by Bonchie
Tags: 2020 BERNIE SANDERS CHRIS CUOMO CNN CORONAVIRUS ELECTION
Register Login to Comment
TRENDING 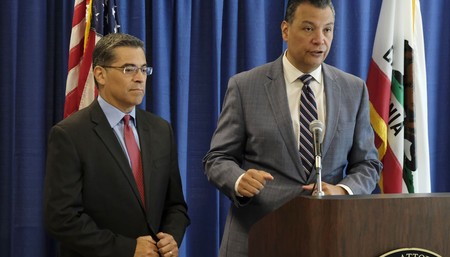 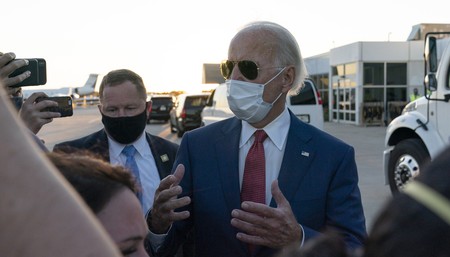 CNN Spins Biden's Basement Campaign As a 'Concerted Strategy', Here's What they're Not Telling You
Sister Toldjah

Biden Associate: Yeah, I Gave Hunter Biden a $1 Million+ Job As a Favor to His Father
Townhall
Senate Democrats will boycott Judge Barrett’s committee vote tomorrow
HotAir
'Where were your ethics before': New York Times columnist shares some self-reminders for covering leaked material
Twitchy
The Toobin Zoom Call Is Even Worse Than We Thought. Here's What They Were Talking About
PJ Media