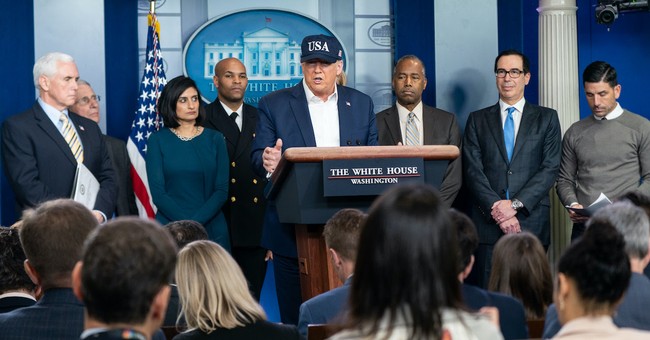 One of the worst parts of dealing with the mainstream media is their incessant virtue-signaling over their supposed import. The “anchors” over at CNN are perhaps the worst in the business at that, with figures such as Brian Stelter leading the way. I guess S.E. Cupp wanted in on the action, as she’s now wanting you to stop criticizing journalists because they are on the “frontlines” or something.

When Trump attacks the media, he wants you to hate people like me. I’m fine with that. But the “media” is also thousands of reporters on the frontlines of THIS crisis and others, in war zones, refugee crises, genocides, and now COVID. Please don’t take your politics out on them.

It’s not that she’s necessarily wrong in some respects, as there are reporters who truly do go to the front lines of war zones and genocides, but they certainly aren’t the ones you know the names of. They don’t have the prime time shows and recognizable faces.

There’s a false conflation being made by Cupp here. No one is criticizing reporters who actually put their lives at risk to report important stories fairly. Rather, the ones being criticized are those currently giving misleading hot takes from their living rooms. Not a single reporter who Trump has clashed with at his pressers, for example, is on the front lines of anything.

While I’m willing to show deference to a reporter who straps on body armor and actually puts themselves in danger, Cupp wants that standard to apply to all journalists and that’s just ridiculous. As I noted yesterday to a now-deleted tirade by another journalist, they show themselves to be incredibly thin-skinned by demanding to be absolved of anyone assuming their motivations while they constantly do so of others.

Journalists have the thinnest skin in the world while simultaneously demanding everyone else take their constant criticisms in stride.

Meanwhile, there are plenty of other professions which actually deserve such benefit of the doubt. U.S. based “Journalist” writing breathless hot takes isn’t one of them.

Of course, if journalists would like to be criticized less, they could just be better at their jobs. It makes no sense to suggest they can report and say whatever they want but that no one can respond to them. For starters, maybe repeat less Chinese propaganda during a pandemic? Or perhaps stop taking things out of context in order to push political narratives?

When a reporter does things like takes quotes out of context or only offers part of a quote to ask a question, they deserve to be called out. The American people are smart enough to see through the media’s garbage. We just happen to have a president who calls it like he sees it.

Here’s the truth. The lack of faith in the media is wholly the media’s fault. It’s the fault of Cupp and her colleagues that they are rated the least trusted group currently involved in the Wuhan virus crisis. They were handed a responsibility to tell the truth to the American people. Instead, they’ve too often chosen lies, obfuscation, selective coverage, and partisanship over that duty. That’s on them, not the President and not the people smart enough to see what’s happening and responding.

Journalists do not get special treatment here. If anything, they should be judged more harshly when they mislead people because of the power they hold. The only ones who can’t seem to grasp that are the journalists themselves.