As a Pandemic Rages, Rep. James Clyburn Compares Trump to Hitler Because Reasons 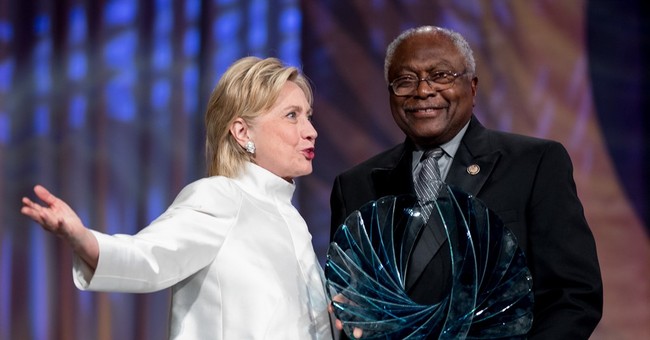 We may be in the midst of a pandemic, but Democrats are focusing on what really matters.

After saving Joe Biden’s campaign in South Carolina two weeks ago, Rep. James Clyburn decided to sit down and bask in the spotlight a bit. That included an interview with Axios in which is he went right at President Trump, comparing him to Hitler and calling him a “racist.”

This per Legal Insurrection.

Axios CEO and founder Jim VandeHei could not hide the look on his face towards the end of the video. He tried to save Clyburn by reminding him that he is comparing Trump to Hitler. Clyburn said he simply compared “the dynamic,” but it does not take a genius to read between the lines.

Clyburn then said he often wondered “how could the people of Germany allow Hitler to exist.” The way the Republicans join together around Trump makes him “understand how,” which is why he is “trying to sound the alarm.”

I’ll go ahead and spoil it. There is no existent dynamic within the United States that even comes close to Nazi Germany. These comparisons are ridiculous and ignore many aspects of Hitler’s rise, not the least of which was him murdering his opposition. It also took a great act of appeasement by the opposition party at the time to even put Hitler in the position to later seize power. He was appointed chancellor by then President Hindenburg in 1933 in an attempt to placate the Nazis in the Reichstag.

Of course the comparisons fail even harder when you compare the two men in general. Trump is not an authoritarian, no matter how many times liberals (and some conservatives) want to claim he has those “tendencies.” It’s fairly undeniable that Barack Obama and every Democrat running for president today have far more “authoritarian tendencies” than the current President. These are people that want to increase federal control at all levels, not decrease it. Trump has run a fairly status quo presidency as far as executive power goes, even when he had ample justification to ignore some of the more partisan, ludicrous court rulings against him.

Clyburn’s claims are asinine and he knows better, but perhaps worse than the attack itself is what that attack insinuations about those who vote for Trump. He’s painting normal Americans as racist Nazis looking to empower a murderous dictator. It’s politics at its most gross level. The people that vote for Trump run the gambit, from blue collar union workers to pro-life activists. None of them are voting for him because they are racist or Nazis. It’s long past time to retire this nonsense, but Democrats continue to push this narrative because the media almost never push back on it. In fact, they often perpetuate it.

Clyburn should be ashamed of himself and apologize for this garbage, if not to Trump, at least to his voters.