If they are this defensive about Bernie Sanders being a socialist, perhaps he should stop being socialist? The fact that so many Americans oppose that ideology might be a clue, but I digress.

Yesterday, the co-chair of Bernie’s campaign went on CNN and ended up getting some questions about new polling that shows most voters won’t vote for a socialist. Minds were lost in the process.

Excerpts via The Blaze.

“There was just new polling,” said Baldwin, “because I think we do care about what the electorate thinks. There’s this new Wall Street Journal-NBC News poll that found that two-thirds of the respondents said that they were actually uncomfortable with a socialist president.”

“Well, when you break it down, Brooke,” responded Turner, “you know Shakespeare once said, ‘What’s in a name? A rose by any other name smells just as sweet.’ What is democratic socialism? It is government of the people, by the people, and for the people.”

Pretending that the only problem with socialism is that its name has been stigmatized is pretty hilarious. Imagine a fascist claiming that fascism is actually great, just hasn’t been done right, and that people only oppose it because of its connotation to Hitler.

“Democratic socialism” is certainly not government for the people. It’s a new spin on the same system that has continually led to death, despair, and economic ruin. In the end, the people always lose and end up powerless under socialism.

Things would eventually get heated.

Turner went on to accuse “some people” of trying to “demonize” the word socialism and claimed that polling could be manipulated.

Actually, when faced with the tax burden and realities of Medicare for All, most Americans oppose it. If you ask a poll question in a way that makes something seem free, you can get a majority to support just about anything. The details are what matter and when the details are shared, Bernie’s policies suddenly become a lot less popular. This is part of why Elizabeth Warren has crashed and burned. She tried to put meat on Bernie’s bare policy bones.

Of course, Bernie’s answer to all this will be to shout “Denmark” really loudly. But Denmark is not a socialist country. In fact, the Nordic countries have some of the freest, least regulated business sectors in the world. Further, for all the “tax corporations more” nonsense, corporate taxes in Denmark are only 22%, a mere 1% higher than the U.S. currently is.

The truth is, Bernie’s version of socialism much more resembles Venezuela and Cuba. That’s born out by the fact that he’s spent his career praising places like that. Those views are going to come back to haunt him in a general election and they absolutely should be disqualifying. 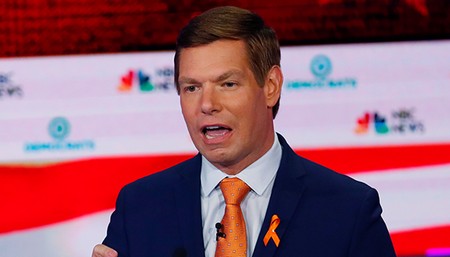