Two days ago, Attorney General Bill Barr finally announced what he’d been hinting at for weeks: An investigation into the origins and handling of the Trump-Russia probe is now underway. This, of course, sent liberals into a frenzy, as they finally found an investigation that’s acceptable to criticize after spending years defending the “integrity” of the FBI and DOJ.

New details are emerging about just what this new investigation will look like and what it will encompass.

If some former officials were hoping it just stopped with the FISA warrant issues, they are gonna be disappointed.

Fox News has learned Mr. Durham's review is much wider than just the #FISA process, but that Durham is also working directly with Mr. Horowitz on looking at the #FISA process. 4/4 H/T to my colleague @JakeBGibson

It’s actually surprising to see that this spans multiple agencies. We may actually get a look at the CIA’s possible role in running informants against the Trump campaign. This also means that John Brennan could be right in the crosshairs.

Another thing that jumps out to me is that Bill Barr looks to be intimately involved in this. That’s good. The last thing we need is another runaway investigation with no oversight, e.g., Robert Mueller. IG Horowitz working directly with Barr and Durham points to one thing, i.e., that criminal referrals are likely. Normally the DOJ is hands off when an IG gets involved but some kind of coordination is playing out and it’s likely because the IG himself has no power to prosecute.

Durham has apparently been on the job for weeks now without public knowledge, no doubt a necessary measure given the IG report is expected to be released in a month or two.

A lot of former Obama officials should be feeling a bit more nervous right about now.

Opinion: Biden Once Again Demonstrates That Black Lives Don’t Matter to Him and Neither do Those of Women or Other Minorities.
Mike Ford

Is San Francisco Trying to Kill Off Fentanyl Addicts? This "Guide" Sure Makes it Seem So
Jennifer Van Laar

Quiet Before The Inauguration 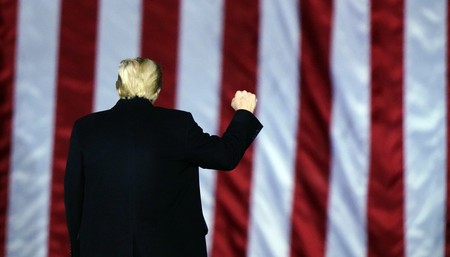 Rashida Tlaib Takes the Idiocy up to Another Level
Bonchie