WOW: The Details of the Jussie Smollett Charges Being Dropped Will Infuriate You, Chicago PD Calls for Investigation

As the headline says, this is simply unbelievable.

Sister Toldjah reported earlier today on the breaking news that the charges against Jessie Smollett will be dropped. This relates to his clear hoaxing of a hate crime in an attempt to stoke racial tensions and extort money from his employer.

Despite this being one of the more egregious examples of false reporting to the police in recent history, it appears he’s going to get off scot-free.

Not only will the charges be dropped, the original indictment will be wiped clean. As you can see, his lawyers are taking a victory lap (as they should) and perpetuating the ridiculous notion that Smollett was a victim here. He gets off and he gets to shove it in everyone’s face.

Furthermore, the case will be sealed, meaning that those who saw the evidence first hand won’t be able to legally speak out. This is what a real cover-up looks like.

Judge granted a motion to seal the case. @cbschicago

So how did this happen? It appears that Chicago continues to be the most corrupt city in America for good reason reason. Remember SA Kim Foxx? She’s apparently the one who made the decision to drop the charges.

Just got a tip from my Chicago PD source that SA Kim Foxx is going to drop the charges against #JussieSmollett. The question @Chicago_Police now have for him is how does #smollett plan to reimburse the city for all the money that was spent on his investigation?

This is the same Kim Foxx, you’ll recall, who “recused” herself from the case.

“Shortly after the incident occurred in late January, State’s Attorney Foxx had conversations with a family member of Jussie Smollett about the incident and their concerns, and facilitated a connection to the Chicago Police Department who were investigating the incident,” Robert Foley, a senior adviser to Foxx, said in an emailed statement Wednesday.

In other words, Foxx was seeking to squash this from the beginning, trying to broker a deal between Smollett’s family and the Chicago PD, who were furious at what happened.

Now, after she “recused” herself, she’s reportedly stepped back in to decide to drop the charges. That’s a level of blatant corruption that is hard to even fathom. Her excuse? That Smollett has did community service in the past. It’s laughable.

This is the two Americas many people talk about when it comes to our justice system. There is no excuse for these charges to be dropped before they’ve even begun to be adjudicated. None at all. The only explanation is more rampant corruption within the government of Chicago.

I can’t imagine how angry the rank and file within the Chicago PD must feel today. They wasted millions in resources chasing a fake hate crime. Then they spent weeks doing great work to find the actual perpetrator and uncover a very harmful conspiracy. In response, the State Attorney’s office isn’t even going to pursue it. Worse, they are going to expunge Smollett’s record as another gift to him.

This should not be the end of it though. The DOJ has sat by so far waiting to see what Chicago will do. Now that they’ve punted in incredible fashion, it’s times for federal charges to be filed for his use of the mail system to perpetuate this hoax.

It looks like the Chicago PD is not going to take this lying down.

We LITERALLY KNOW that he wasn't the victim of a hate crime.

Why are you reporting this bullshit? https://t.co/VnlbLh7L6o

Don’t expect the media to report this accurately. They are going to see this as vindication, even though it’s obvious what happened here to everyone, including the Chicago PD.

So *that’s what the whole privilege thing they keep talking about looks like.

Correct. This is what actual “privilege” looks like. Our justice system isn’t biased on the basis of race. It’s biased on the basis of wealth, fame, and who you know. Smollett, despite checking all the inter-sectional boxes that supposedly lead to oppression, has benefitted from one of the most grotesque examples of privilege in recent memory. 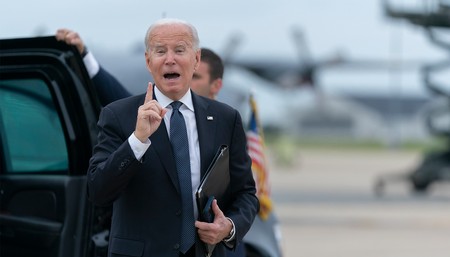