Matt Taibbi on the Tea Parties 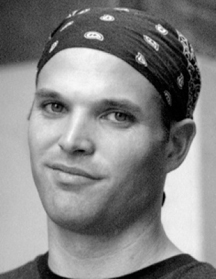 If sophistication is the ability to understand different kinds of people and grapple with different ideas, Matt Taibbi’s latest Tea Party bashing piece in Rolling Stone can best be read as an expose of the provincial unsophistication of Taibbi, his editors, and any readers who take his article seriously. Taibbi’s piece is a slovenly mess of leftist tropes, with his usual lazy approach to basic facts. This is a shame. The story of the Tea Party era, in the hands of a more competent writer, is incredibly interesting, breaking all sorts of rules of politics, changing our understanding of base and establishment relationships, and marking a possible turning point in the history of American political movements — but Taibbi is so committed to his predetermined plot, he blatantly ignores –- or in some cases abuses –- the truth along the way.

Taibbi blasts away at the Tea Partiers as stupid evil people manipulated by smart evil people — as a bunch of crazy redneck idjits created by Ron Paul, who then got co-opted by even more despicable corporate interests. His narrative is that the “Tea Party’s political outrage is being appropriated, with thanks, by the Goldmans and BPs of the world,” and the subtitle of his piece is “How corporate interests and Republican insiders built the Tea Party monster.” Of course he’s right about this, when you look at the facts. We’ve all seen how the Republican establishment and their corporate allies, with their savvy and secretive organizations, were able to manipulate the Tea Party movement into supporting candidates like Bob Bennett, Arlen Specter, Charlie Crist, Trey Grayson, Jane Norton, and Lisa Murkowski. The evidence is everywhere! Right? Right. And never mind that Taibbi happens to pick as his examples two corporations — BP and Goldman Sachs — known for their conspicuous donations to the Democratic Party (by hefty margins).

Taibbi mentions the Koch brothers in passing (no conspiratorial piece about Tea Party funding goes without this, though like any good water-carrier, Taibbi leaves out their inconvenient donations to the Democrats). But he saves particular bile for FreedomWorks, the Dick Armey-led group which has been a major policy source for Tea Partiers.

Here’s where it just gets silly. Taibbi writes that FreedomWorks was “conspicuously silent during George Bush’s gargantuan spending” — uh, did someone never learn how to use Google? FreedomWorks has long been known as an organization guided by libertarian principles and an emphasis on small government. Any schoolchild with access to Google can see an immense paper trail of FreedomWorks opposing big government approaches under Bush, Clinton, Bush, and even Reagan. FreedomWorks was one of the most vocal opponents of Bush’s spending initiatives from the right, including Medicare Part D and the TARP Wall Street bailout (which other less-principled outfits supported). Armey’s opposition to Bush’s Medicare reform was front page news at the Washington Post and the Wall Street Journal. If Taibbi is revealing anything here, it’s that he himself was never much interested in critiques of big government until he was compelled by party loyalty to try to discredit them.

This type of inaccurate reporting goes beyond laziness — it’s so wrong, and so easily correctable, that I can’t think it is explained by a series of unintentional mistakes. It’s just a blatant lie, one the fact-checkers let stand.

I recognize that Taibbi was a tabloid journalist in Russia covering sports and gossip in the early 1990s while FreedomWorks was protesting HillaryCare at every speech where Clinton promoted her plan, but saying that anti-big government activists “only took to the streets when a black Democrat president launched an emergency stimulus program” is just flat-out wrong. Any honest Capitol Hill staffer will tell you that the real pushback started in September 2008, when the yet-unnamed Tea Partiers let fly against the Bush-Pelosi-Reid bailout, and exploded in the late summer town halls of the following year, primarily in response to the President’s health care bill. Yet somehow Taibbi credits this movement to Ron Paul + secretive Republican manipulators + those Jewish bankers he’s always yammering about? (A hint to Taibbi: if your conspiracy theory involves the Paul family collaborating with Goldman Sachs, that tinfoil’s screwed on too tight).

There were precious few benefits to come out of the recent financial crisis, but one of them has to be the acceptance of Taibbi’s public descent into raving insanity. His reputation is as a once-interesting writer ruined by his increasingly partisan ideology — better than never being interesting at all, of course, but it’s never a good thing when more than one person compares your path to Paul Krugman. So few people who cover Wall Street or understand the economy take Taibbi seriously after his mumbling articles for Rolling Stone and the now defunct True/Slant, which contained buckets of paranoid meanderings and often bizarre inaccuracies about the beat he claimed to own. He seems far more petty and vindictive now, perhaps just because Rolling Stone‘s editors seem uninterested in cutting it out.

It’s a small factor, but there’s something else here too. Taibbi became an exclusive magazine property after True/Slant was purchased by Steve Forbes’ publishing company, thereby ending his popular blog at the site — Taibbi doesn’t disclose this fact, but in a classic measure of his dry wit, he does brand Forbes a “billionaire turd.” No comment from Forbes, who was probably jetskiing across Lake Franzibald.

This piece is just clumsy. It’s not clever, it’s not new, it’s not even interesting, and it gets more facts wrong than it has pages. It’s Taibbi’s agenda tarted up as a piece of journalism and trotted out to please those seeking eager dirty talk about the Tea Party, as if he hopes they’ll ignore the smeared makeup and track lines.

Maybe Taibbi is just tired of covering a movement months after he pronounced it “Perverted and Irrelevant.” Maybe he’s tired of getting owned by Dana Loesch on CNN. Or maybe his head hankie is tied too tight.

I asked Max Pappas at FreedomWorks to weigh in on this, and he offered this response:

“Few in the GOP establishment would agree with his claim that the tea party movement has been ‘deployed’ to their advantage by groups like FreedomWorks. Rather, it’s been a hostile takeover resisted by the GOP establishment at every step,” Pappas said. “This genuine grassroots movement is the people reasserting themselves against the members of both parties who make up the arrogant political class that has abused its powers for too long… something the once-upon-a-time anti-establishment Rolling Stone may have sided with, rather than defending the powers that be.”

Apt, considering that Taibbi’s piece comes on the heels of Jann Wenner’s slobber-drenched interview with President Obama. As the saying goes, politics sooner or later makes a fool out of everyone. “Once you wanted revolution/now you’re the institution/how’s it feel to be the man.”

Update: Jacob Weisberg, author of Bushisms, makes the criticism bipartisan: “Boy, does Matt Taibbi’s journalism stink. Why do I dislike Taibbi? 1. Nothing fresh to say. 2. Predictible. 3. Writes like someone in love with smell of his own farts.”