Note: the Supreme Court of the United States will be referred to as SCOTUS, to avoid confusion in this piece.

A statement released by the Missouri AG’s office read, in part:

A coalition of 10 state attorneys general, led by Missouri Attorney General Eric Schmitt, today filed an amicus brief in Republican Party of Pennsylvania v. Boockvar, urging the Supreme Court of the United States to grant writs of certiorari and reverse a decision by the Pennsylvania Supreme Court allowing mail-in ballots to be received three days after Election Day, even without postmarks.

The brief can be found here:

The brief begins with, “The Pennsylvania Supreme Court’s decision overstepped its constitutional responsibility, encroached on the authority of the Pennsylvania legislature, and violated the plain language of the Election Clauses.”

It continues with a thumbnail of the attorneys general’ three arguments: (emphasis added)

The brief makes three main arguments. First, that the Pennsylvania Supreme Court overstepped its authority and encroached on the authority of the legislature in ruling that ballots received three days after election can be accepted, including ballots with an illegible postmark or no postmark at all. Second, that voting by mail can create risks of voter fraud, including in Pennsylvania. And lastly, that the Pennsylvania Supreme Court decision exacerbated these risks of absentee ballot fraud.

For the first argument, the brief states that the decision by the Pennsylvania Supreme Court, “(1) admitted that the Legislature’s Election Day deadline was unambiguous, (2) conceded that the Election Day deadline was constitutional on its face, (3) relied on the slimmest of evidentiary rationales for its decision, (4) departed its own prior holding on the exact same question just a few months earlier, and (5) disregarded an admirably clear severability clause that was enacted by the Pennsylvania legislature for the very purpose of preventing Pennsylvania courts from making such post-hoc changes to Pennsylvania’s mail-in voting system.”

To illustrate the risks of voter fraud in mail in voting and absentee ballot voting, the brief cites several sources that all express the same concerns about mail in voting and absentee ballot voting, including the U.S. Supreme Court case Crawford v. Marion County Election Board, the Carter-Baker Commission on Federal Election Reform, the U.S. Department of Justice’s manual on Federal Prosecution of Election Offenses, the U.S. Government Accountability Office, and more.

The statement then gives five examples from the brief of previous “voter fraud by mail in or absentee voting” in several states, not just Pennsylvania. And it gives two “previous examples of vote-by-mail or absentee ballot fraud, specifically in Pennsylvania.”

The brief then argues that the decision by the Pennsylvania Supreme Court exacerbated the risks of ballot fraud, stating, “First, it created a post-election window of time during which nefarious actors could wait and see whether the Presidential election would be close, and whether perpetrating fraud in Pennsylvania would be worthwhile. Second, it enhanced the opportunities for fraud by mandating, in a cursory footnote, that late ballots must be counted even when they are not postmarked or have no legible postmark, and thus there is no evidence they were mailed by Election Day. This decision created needless vulnerability to actual fraud and undermined public confidence in a Presidential election.”

It adds that the brief includes an argument about a “recently decided Missouri election cases that dealt with potential election fraud, including Mo. State Conference of the NAACP v. State. In that case, the court concluded that, ‘fraud in voting by mail is a recurrent problem, that it is hard to detect and prosecute, that there are strong incentives and weak penalties for doing so, and that it has the capacity to affect the outcome of close elections.'”

The statement ends with the group’s request of SCOTUS and a brief quote from AG Schmitt:

The brief finishes by urging the Supreme Court of the United States to grant the petitions for writ of certiorari, grant expedited review, and reverse the decision of the Pennsylvania Supreme Court.

“Free and fair elections are a cornerstone of our republic and make the United States the envy of nations across the globe. To keep those elections free and fair, we must ensure that every legal vote is counted and every illegal vote is not. To not do so would disenfranchise millions of Americans. That’s why my office led a coalition of 10 state attorneys general in filing this amicus brief to urge the Supreme Court of the United States to grant a writ of certiorari in Republican Party of Pennsylvania vs. Boockvar,” said Attorney General Schmitt.

The Louisville Courier-Journal previously reported that a joint virtual press conference was to be held with both AGs Cameron and Hunter, but at the time of publication, it’s unclear if that took place. But, Cameron is reportedly still involved, per a spokesperson.

While the original announcement said Cameron would participate in a virtual press conference Monday afternoon, a release that morning stated Cameron could not attend due to a “last-minute scheduling issue.”

The Courier-Journal reported that Cameron spokeswoman Elizabeth Kuhn told the publication “that the attorney general was still involved in the legal action, despite being unable to attend the press conference.”

Here’s how the St. Louis Post-Dispatch characterized the brief:

The lawsuit by the Pennsylvania Republican Party protests the state Supreme Court’s decision to allow mail-in ballots three additional days to arrive, arguing the extension violates federal law and the U.S. Constitution. The U.S. Supreme Court already turned away one GOP bid to quickly block the extension before the election, but the GOP has petitioned for a second review.

The Post Dispatch also had the scoop on Missouri’s AG:

Schmitt, whom Gov. Mike Parson chose as attorney general in 2018 following Josh Hawley’s election to the U.S. Senate, was elected to a four-year term on Tuesday after defeating Democratic opponent Rich Finneran.

It’s also worth noting what RAGA Chairman Jeff Landry tweeted on November 7th about the importance of “every LEGALLY cast vote” being counted:

The 2000 Presidential Race concluded on December 13 – five weeks after that election. No outlet or campaign should rush to calling the 2020 race until every LEGALLY cast vote is counted.

As this is a breaking story, RedState will provide updates as they become available. 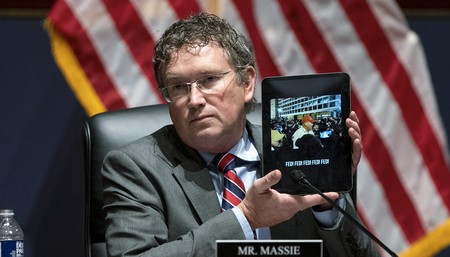 I'm Mad as Hell and I'm Not Gonna Take It Anymore

That New Inflation Bill Dems and the Press Praise as Moving the U.S. to Electric Cars? It Raises the Price on EVs
Brad Slager