Two Manhattan Doormen Who Did Nothing During an Elderly Woman's Brutal Beating...Get Shown the Door

Most of you have surely seen the awful video of an elderly Asian woman being savaged on a Manhattan sidewalk.

Security footage from inside a building revealed not only the callous attack but also the apparent lack of concern among two men working inside.

If you missed the original story, read more here.

And if you can stomach it, see the disturbing violence — and the apparent lack of regard by two witnesses — for yourself:

Here is graphic video of the assault on the older Asian woman by a black male suspect in NYC. The building security who witnessed the attack did not help her. They closed the door. pic.twitter.com/F8DesENSCu

As it turned out, attacker Brandon Elliot was no stranger to brutality. The 38-year-old had been convicted of murdering his own mother in 2002.

And the 65-year-old lady was on her way to church.

As the crime commenced, the two bystanders did nothing.

One of them simply closed the door as the woman lay helpless on the ground.

According to their union, they did call for help.

Nonetheless, the apartment building’s developer and manager made an announcement this week.

Previously, The Brodsky Organization had said it was “extremely distraught and shocked” by the crime and that its “hearts [went] out to the victim.”

On Tuesday, the company offered an update:

“While the full lobby video shows that once the assailant had departed, the doormen emerged to assist the victim and flag down an NYPD vehicle, it is clear that required emergency and safety protocols were not followed. For this reason, their employment has been terminated, effective immediately.”

As for convicted murderer Brandon, he was walking the streets that day due to his release from prison in 2019.

In a press conference last week, NYPD Commissioner Dermot Shea confirmed the parolee was “charged with a completely unprovoked violent attack on an innocent defenseless woman.”

NBC waxed on response to the viral video:

Monday’s attacks sent shockwaves across the nation, as many admonished the bystanders for doing nothing to stop Elliot as police say he kicked the woman in the stomach, knocked her to the ground, stomped on her face, shouted anti-Asian slurs and told her, “you don’t belong here.”

It’s anecdotal, but if I may say so, the witnesses’ response symbolizes a growing problem in America.

In my view, our culture is emphasizing the wrong things.

Everywhere, it seems, voices are saying we should be “empowered.”

We are suffering from self-focus, to a perilous degree.

Not too long ago, a different message was embraced — one of putting others before oneself.

We were told, in decades past, to watch out for neighbors in our “community.”

Rather than referring to our neighbors, today that word denotes those with whom you share a shade of skin.

Or some other personal trait.

We’ve lost a sense of community, as well as a sense of self-sacrifice.

These days, we’re reliably informed that love of self is the greatest of all.

But someone very wise once opposed that idea:

“Greater love has no one than this, that a person will lay down his life for his friends.”

“Love thy neighbor as thyself.”

Perhaps March 29th’s innocent victim was on her way to hear a message just such as that.

It’s one that bears repeating.

And it’s one the world — now, perhaps, more than ever — desperately needs.

In the meantime, a message was sent to two doormen: Protect those who can’t protect themselves.

That’s the job, not just of doormen, but of everyone.

The Racism of Trees? Portland School Presses Pause on a Proposed Mascot Due to Its Terrible Ties 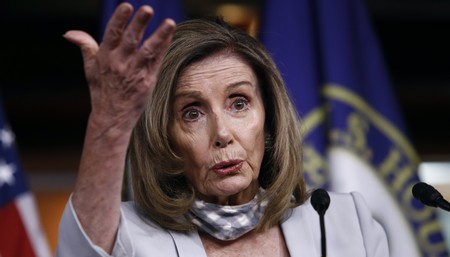