Do you have what it takes to get into college?

Not long ago, that was a question of your SAT or ACT score. But some schools — including University of California — are doing away with the tests because, according to UC Berkeley Chancellor Carol T. Christ, they “really contribute to the inequities of [the] system.”

And in this era of discrimination dialogue, the University of Colorado Boulder appears to be taking things to the next level.

As per a June 5th memo sent to all students and faculty, systemic racism is a problem in America.

What’s more: Applicants to the school must be willing to “combat racism.” That attribute, in fact is a “non-negotiable condition of enrollment and employment.”

The letter came compliments of an administrative trio:

We strongly support the many messages of solidarity that members of the CU Boulder community have shared in recent days, from the chancellor, vice chancellors, deans, department chairs and directors to CU Student Government, United Government of Graduate Students, and other student groups. At their core, many have expressed the following:

Black Lives Matter, and as a campus we condemn all acts of racist violence and discriminatory behavior — regardless of who commits them.

They made clear that, pandemic or no, the school must join the battle against racism within the nation’s systems. And in that fight, particular consideration has to be given where potential attendees and employees are concerned. They’ll be required, it seems, to embrace a similar commitment. It’s non-negotiable:

We may be confronting the unparalleled challenges of a global pandemic, but we can’t let that work distract us from making real changes to our campus culture to combat systemic racism and bias-motivated behavior. These changes must be seen in how we recruit students, faculty, staff and administrators — in how we signal to them the need to embrace our community values as a bottom line, non-negotiable condition of enrollment and employment.

As part of the CU community, we must set expectations for living these values as a core set of guidelines for what it means to be anti-racist in all that we do at the university.

If you’re new to the term “anti-racist,” here’s a fast course, courtesy of CNN:

Being anti-racist means more than ridding yourself of racist attitudes, beliefs and behaviors. It means you’re also actively fighting that reprehensible trinity as it manifests in your life on a daily basis.

Donating to activist organizations and protesting injustices are definitely good starts to becoming an ally. But that’s not enough. Actively rebutting prejudices in your own circles is key to lasting change, as those ideas and beliefs — unless challenged — are what our children absorb and are woven into the fabric of our culture.

“In order to interrupt systemic racism, we have to be working all the time,” said Beverly Tatum, a psychologist, former Spelman College president and author of the classic books “Can We Talk About Race?” and “Why Are All the Black Kids Sitting Together in the Cafeteria?”

Some white people know that to become anti-racist, they must start to listen and brush up on the history of racism in their countries.

Some people are describing obviously racist behavior as the tip of the iceberg — calling people racist names or threatening people on the basis of race. Then there’s the part of the iceberg that’s not easily visible to people if they’re not looking. This includes a range of subtle but insidious attitudes, behaviors and policies.

Among these are microaggressions. They are brief and commonplace verbal, behavioral or environmental indignities, Tatum said.
Microaggressions can be intentional, unintentional or even well-meaning, but they communicate hostile, derogatory or negative racial assumptions to the receiver. And they have an insidious effect on a black person’s psyche and continuing racist assumptions.

These are three of the microaggressions listed in the CNN piece:

Back to UCB, Campus Reform reports the school’s chancellor, Phil DiStefano, previously championed the expression of differing points of view:

“The fundamental role of a university is to be a place where community members hear from a variety of speakers that may inform or oppose their positions.”

But on June 18th, Phil sang a different tune via a statement about speech:

“In response to incidents of racist and discriminatory speech in our campus community, I want to be clear — racist and discriminatory speech runs counter to our values and is not welcome at CU Boulder. While as a public institution we must acknowledge each person’s First Amendment right to free speech, we strongly encourage anyone who doesn’t want to or believes they cannot live our values of respecting the rights of others and accepting our differences to reconsider their ability to be a productive member of our community.”

Putting aside the general notion of ideological demands from a state university, the application of a potential requirement to — it would appear — support Black Lives Matter could be confusing, as there are two possibilities to which those words refer: the concept that the lives of Black Americans matter, and the political organization Black Lives Matter™.

The latter states its mission, in part, thusly:

We make space for transgender brothers and sisters to participate and lead.

We are self-reflexive and do the work required to dismantle cisgender privilege and uplift Black trans folk, especially Black trans women who continue to be disproportionately impacted by trans-antagonistic violence.

We build a space that affirms Black women and is free from sexism, misogyny, and environments in which men are centered.

We disrupt the Western-prescribed nuclear family structure requirement by supporting each other as extended families and “villages” that collectively care for one another, especially our children, to the degree that mothers, parents, and children are comfortable.

We foster a queer‐affirming network. When we gather, we do so with the intention of freeing ourselves from the tight grip of heteronormative thinking, or rather, the belief that all in the world are heterosexual (unless s/he or they disclose otherwise).

With which is the university aligning itself?

Either way, as relayed by The Daily Wire, Foundation for Individual Rights in Education CEO Greg Lukianoff isn’t impressed.

He told Campus Reform the school’s move is “one of the starkest of attempts to imply that ideological conformity is a prerequisite to being part of the university community.”

“University presidents and chancellors often take great advantage of their bully pulpit to condemn behavior they deem inappropriate, but they should be careful lest they create a pall of orthodoxy over the classroom, the research, and the institution itself. In order to function as both a ‘marketplace of ideas’ and the ‘laboratory in the looking glass,’ an effective institution of research and higher learning needs to always take seriously the possibility it might be wrong, test its assumptions, and not accept any dogmas.”

So do well in school, and excel on your entrance exam if there is one. But if you’re aiming to attend the University of Colorado Boulder, make sure to signal your practical embrace of the school’s ideological and organizational positions. Otherwise, you may be left out on the street — just you, your Scantron sheet, and your political insufficiency. 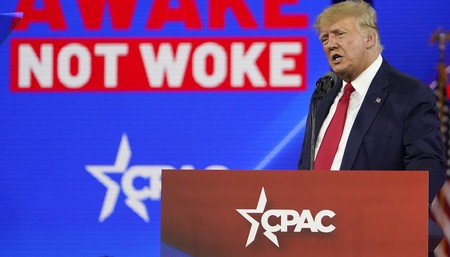