James Woods is a cowboy with a keyboard. And Thursday, he pulled out the ol’ six shooter.

As noted by The Daily Wire, Nancy Pelosi ordered the Capitol removal of portraits of former Speakers who’d served in the Confederacy.

But James thought she might wanna take a look at someone more contemporary.

“How about your buddy, KKK leader Robert Byrd?”

How about your buddy, KKK leader Robert Byrd? https://t.co/8DmX8YVyOX

As relayed by RedState’s Amelia Hamilton in 2017, in 1944, Robert wrote the following to Mississippi Sen. Theodore Bilbo:

“I shall never fight in the armed forces with a negro by my side … Rather I should die a thousand times, and see Old Glory trampled in the dirt never to rise again, than to see this beloved land of ours become degraded by race mongrels, a throwback to the blackest specimen from the wilds.”

The other three: Che Guevara in New York City, “hard-core racist Margaret Sanger” (presumably at the Smithsonian), and Vladimir Lenin in Seattle.

Back to Robert, The Washington Post remembered him this way:

As a young man, Mr. Byrd was an “exalted cyclops” of the Ku Klux Klan. Although he apologized numerous times for what he considered a youthful indiscretion, his early votes in Congress — notably a filibuster against the 1964 Civil Rights Act — reflected racially separatist views.

But Hillary hailed him as a man of “surpassing…nobility” and the “heart and soul of America”:

Pelosi loved the guy, too, honoring him thusly upon his passing:

“While some simply bore witness to history, Senator Byrd shaped it – and strove to build a brighter future for us all. … He never hesitated to speak truth to power. He was a voice of reason during times of war and economic hardship. … And he always stood on principle, even when others did not.”

Of course, people can change. But who’s to say which former Confederate Speakers held which beliefs during their terms? Or at the ends of their lives? Does Nancy know?

It’s probably not a good time for that sort of nuanced thinking. Better to just pander ’til you’re pooped:

If the Democrats fail to capture the White House and the Senate in November, this photo will explain why – an embarrassing display of tokenism and cultural appropriation.

At the moment people are demanding answers, @TheDemocrats give them Broadway. pic.twitter.com/5G2MWkV6FX 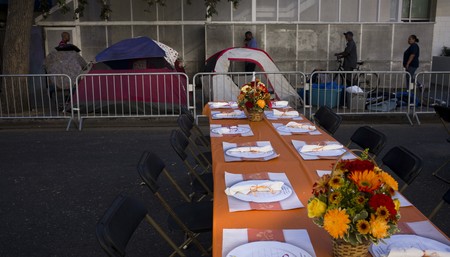 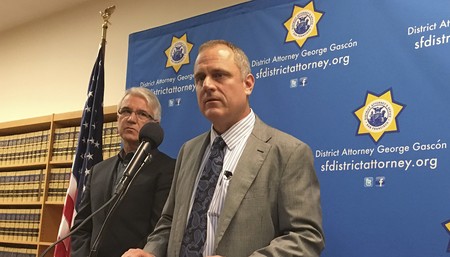