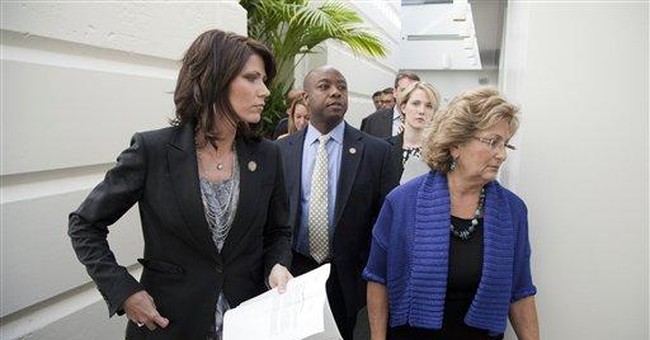 HYDROXYCHLOROQUINE & AZITHROMYCIN, taken together, have a real chance to be one of the biggest game changers in the history of medicine. The FDA has moved mountains – Thank You! Hopefully they will BOTH (H works better with A, International Journal of Antimicrobial Agents)…..

Kristi previously made headlines for her refusal to shut down SD in light of the coronavirus outbreak.

In an April 1st briefing about staying open, she delivered one of the best messages of conservatism I’ve heard since Reagan:

And now she’s declaring that a drug trial’s the way to “go on defense” against the virus that’s threatening our health and economy.

But shortly before she broke the news, Sioux Falls Mayor Paul TenHaken called on Kristi to issue a stay-at-home order.

A lot has been made recently of the state’s uptick in cases, but there’s a bit of skewed information goin’ ’round.

it was ever thus –> South Dakota’s governor resisted ordering people to stay home. Now it has one of the nation’s largest coronavirus hot spots. https://t.co/VPxEHrlDiW

What isn’t included in that tweet is that the hotspot in question happened at a meat processing plant, which would have remained open regardless of any lockdown because it’s an essential industry. About 300 people gave the virus to each other at one plant.

Regardless, South Dakota is still doing much better than almost every other state in the union, even when adjusted for population.

Back to Mayor Paul’s request, The Washington Times reports:

Noem said she is evaluating the request, but resisted the notion that a more aggressive approach to get people to stay home is necessary. She said people are voluntarily taking precautions. The governor acknowledged that Sioux Falls could see a peak in infections several weeks before the rest of the state, but continued to stick to her projection that statewide infections will peak in mid-June.

Kristi explained Monday that the state’s three biggest healthcare providers will conduct a trial on 2,000 volunteers.

As observed by The Daily Wire, she also relayed she’d urged the White House to provide enough medication to give to every hospitalized Wuhan flu sufferer, those who are particularly vulnerable to the virus, and to all healthcare workers on the front lines.

Additionally: State funds will be used to initiate the trial, though Noem didn’t specify how much.

Sanford Health Chief Medical Officer Allison Suttle, who’ll be overseeing the trial, explained that side effects could include nausea or fatigue.

Actress (and wife of Tom Hanks) Rita Wilson — who recently recovered from the illness — offered something similar.

“On day nine, they gave me chloroquine,” she continued. “And I know people have been talking about this drug, but I can only tell you that, I don’t know if the drug worked or if it was just time for the fever to break, but my fever did break.”

Wilson went on to underscore the temporary side effects of the drug, such as nausea.

“But the chloroquine had such extreme side effects,” she said. “I was completely nauseous and I had vertigo. I could not walk and my muscles felt very weak.”

I wish Kristi and South Dakota great fortune as they take it upon themselves to further our pummeling of the pandemic.

And I think they could use some luck: As much as I’m lovin’ Kristi, I have to admit — when it comes to drugs, she’s not batting 1,000.

Let’s not forget her campaign to fight meth addiction:

If you think you’re having a bad day, at least you didn’t agree to be part of an anti-meth campaign and then find out that your image is being used with the caption: “Meth. I’m On It.” https://t.co/mdM8kaBrEx

I’m unclear on the motives of South Dakota’s new campaign…
Meth. We’re on it.

I’m sure there wasn’t any better idea. pic.twitter.com/ZSWePQc62X

Just outstanding work, South Dakota. God, I love working in advertising, public awareness, and advocacy because sometimes you get to do awesome shit. Like getting people to look in a camera and caption the photo: “Meth. I’m on it.”https://t.co/wuquJoCMZs

Seeing all the jokes about South Dakota's new "Meth. I'm on it." slogan and all I can think is….. pic.twitter.com/WSyYAcRSEr