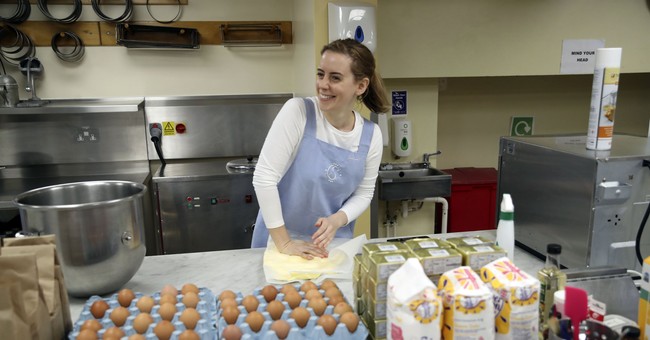 Ever try to have your cake and eat it, too? Or how about to do something else with it, related to eating, that I shouldn’t describe in any detail in this article?

Either way, Ronttosrouva could be the place for you.

Thanks to COVID-19, it’s hard times right now. But the Ronttosrouva bakery in Finland is saving itself from bankruptcy.

They’re putting their worries behind them — right behind.

The peddler of gobbly goodies has struck gold — which is to say, they’ve managed to crank out something worth its weight — during this zombie apocalypse — in toilet paper.

In fact, it is toilet paper.

Or it looks that way.

Not long ago, it was almost a clean sweep — as reported by UPI, in March, the establishment saw nearly all its orders canceled due to the pandemic.

Butt instead of wiping out, Ronttosrouva was able to take a new crack at success: Right in the middle of the virus, photos of owner Sanna Lampinen’s bathroom tissue cakes went viral.

And now the joint’s on a roll.

Sanna told UPI the TP triumph’s not only allowed her to keep everyone on staff, but she’s had to hire exactly two more employees — a perfect deuce.

So if you’re in or around Finland, hungry as crap, and in need of something as cylindrical as it is delectable, hop on over to Ronttosrouva and bite into a cake so royally delicious, you’ll swear you were on the throne.

It’s not a sheet cake, but it could be — depending on your accent.

It’s tasty, fits on a spindle, and presumably it’s septic-safe.

And there amid your three-ply thrill, consider Ronttosrouva’s rebound as a lesson in life: Sometimes when you think everything’s in the toilet, well, ‘taint true.