Woman Is Dumped by Fiancé for Being 'Too Fat.' She Loses Weight and Becomes Miss Great Britain 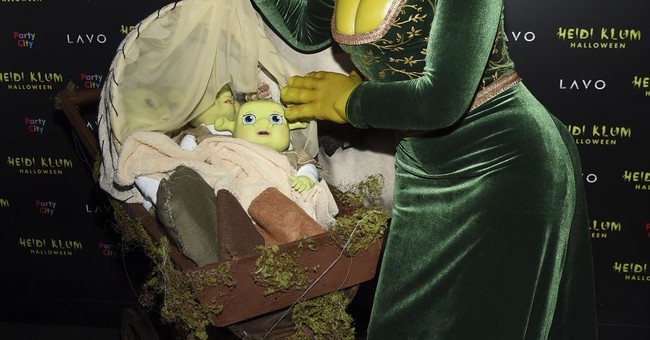 Who says revenge is a dish best served cold? A girl in Great Britain is serving it up hot — as in, hot laaaadeee.

Once upon a time, 238+ pound Jen Atkin was dumped by her fiancé.

His reason for lettin’ her go: She was “too fat.”

After that less-than-satisfactory romantic episode, Jen went into a depression.

She explained to SWNS:

“In the week, I would eat huge portions of pasta or pizza, then a family-size chocolate bar. At weekends, we’d turn into virtual recluses sitting on the sofa in our pajamas eating takeaways — spending $26 each time. The day he left, I thought my world had ended — I cried for weeks…”

Food was her comfort.

But two years ago, the girl took to the streets.

Or, at least, she went to the gym.

Subsequently, she dropped 112 Big Ones.

In 2017, she entered her first pageant — Miss Genting Sheffield — for “just…a bit of fun.”

In 2017 and ’18, among other pageant placement, she was a semi-finalist in the Miss Great Britain contest.

That was enough — time to retire and get hitched.

But she got a wild hair.

Atkin had retired from pageants after getting married last year, but she decided to give it one more shot after having her name put forward to represent Great Britain this year.

But Jen believes it’s her personality that won it:

“Although my body has changed so much, I think don’t think my personality has, and I think that’s really helped me. The judges were able to see what kind of person I really am.”

Well, whatever it was, she’s it.

Moving forward, the girl’s got ideas:

“I have so much in the pipeline for my reign, including the release of my next country single this spring.”

So there ya go — a depressed British dumpee becomes a married, country-singing Miss Great Britain.

You never know what life has in store.

But nothing can happen if you don’t try.

Jen tried to win a pageant.

To all the nay-sayers, Put that in your pipe and smoke it.

Here’s a few seconds of her transformation:

And for all of you wondering how that country song may sound, here’s a previous release with a title that might befit her old flame:

I’ll leave you with the champ in high heels, showing off her voice:

The Skinny on Activism: UK Pulls TV Ads Because the Model is Slim

HGTV’s ‘House Hunters’ Features It’s First Throuple. But If They Wanna Really Get Progressive, They’ve Got Some Work to Do

Standards Are the Enemy: A Parent Describes His ‘Emerging’ 2nd Grader’s Report Card. See If You Can Figure It Out