Ilhan Omar Calls the Hijab a Symbol of Rebellion. A Woman Rebels Against it, Gets 38 Years in Prison

In politics, you can eschew the meaning of words and ideas. Just say what sounds good, and you’re golden.

Example: A fascistic group engages in violent, fascistic tyranny; they need only call themselves “Anti-fa,” and the left-wing suckers are linin’ up to applaud their fight against fascism (here and here).

How about this one: The media champions those who choose to sneak into the country rather than participate in immigration. Going wholly against the concept, they call not immigrating “immigration.” Therefore, it’s asserted, if you’re in favor of immigration rather than sneaking in, you’re “anti-immigration” (here).

Is the political world we’re living in really this dumb?

In the March 28th edition of Vogue, Minnesota Rep. Ilhan Omar hailed the power, liberation, and resistance of that iconic symbol of rebellion — the Muslim hijab:

“To me, the hijab means power, liberation, beauty, and resistance.”

You know — sex, drugs, and rock ‘n’ roll…and hijabs. I heretell Elvis wore one. Mötley Crüe was greatly known for theirs.

Putting beauty aside, a hijab is literally none of the things she claimed.

In fact, it’s the polar opposite.

And the beat goes on.

But Vogue thought the idea was super cool — They used the quote as the title of their fawning article.

To be clear: There’s nothing wrong with wearing a hijab; but saying it symbolizes the opposite of submission, humility, and adherence doesn’t make it so.

Consider a March 19th piece in The Washington Post: “She Defended Iranian Women Who Removed Their Hijabs. Now She’s Been Given 38 Years in Prison.”

In an authoritarian system, it takes a tremendous amount of personal nerve to stand up for one’s rights. Many who do so suffer imprisonment, physical abuse and painful family repercussions. They also often rely on a few courageous lawyers who fight for them through arduous journeys in court and prison. But the authoritarians have figured this out and are punishing the lawyers, too. This is what is behind the shockingly severe sentence given to Nasrin Sotoudeh, an Iranian human rights lawyer, who told her husband she has been given 38 years in prison and 148 lashes. … The prosecution of Ms. Sotoudeh is outrageous. Her crime? She defended women being prosecuted for peacefully protesting Iran’s compulsory hijab law by removing the head covering in public.

Does that sound like edgy, sassy, can’t-pin-’em-down, liberated chicks are just swankin’ down the street and, like Mary Tyler Moore throwin’ her hat into the wind, just get a wild bug to cover their heads at the command of Allah and the Prophet Mohammed for the rest of their natural lives?

Submission, humility, and adherence can be beautiful things; but they aren’t power, liberation, and resistance. Or any other virtues often touted in the realm of left-wing politics.

The same goes for Sharia. As leader of the Women’s March, Linda Sarsour is hailed a feminist. Meanwhile:

@LaRebelleFleur shariah law is reasonable and once u read into the details it makes a lot of sense. People just know the basics

No word yet on how feminism and gay rights come together for the March.

Much of the Left seems terribly confused. They’re painting with colors that don’t match. And as a result, they’re a mess.

Words have definitions; ideas are important. Making sense is paramount. A bunch of people chanting a bunch of things without any thought of what they mean makes for a bunch of idiocy. And that word — unlike many being tossed about across the aisle — is accurately used. 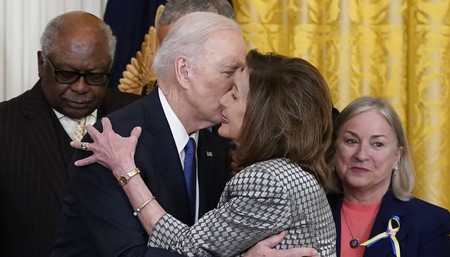