Side Note: I love Tucker Carlson (see here; it’s worth it). Moving on–

We’ve all heard of the Religious Right; but what about the Religious Left? Despite infinite messages from Hollywood to the contrary, some liberals are actually devout people of faith.

Mark was the executive director of the Allegheny County, Pennsylvania Democratic Party. But last year, the head honcho did something unthinkable: he posted to Facebook a statement of his Christian faith:

“I stand for the flag, I kneel at the cross.”

The post recently resurfaced, and he was asked to resign.

That wasn’t a a typo — he wasn’t asked to resing; his post wasn’t the lyrics to a ten-word song. He was asked to quit his job.

Salvas appeared on Tucker Carlson Tonight Wednesday to talk about it. The formerly-bowtied host opened the segment thusly:

“He made the mistake of writing this in a Facebook post: ‘I stand for the flag, I kneel at the cross.’ Now, not so long ago, most Democrats would have nodded in agreement at that. Today, it’s hate speech and he lost his job.”

Think about that for a moment, if you will. I am.

“But tonight, their loss is our gain, and Mark Salvas joins us now. Mark, thanks a lot for coming on the show. Did I misstate that? I mean, did you have to leave your job running the county’s…Democratic Party because of those words on Facebook?”

“Well, I was the executive director of the county party, and yes, basically, that’s exactly what happened. Because of that post, which — I remind you — was over a year ago that I posted that. I was asked to resign, yes.”

What? I thought Democrats can’t be racist.

“So you’re a veteran, you say you stand for the flag, and you were denounced as a racist for that?”

“Correct. The people who brought this to light tried to tie it to the NFL players taking a knee.”

The NFL aside, standing for the flag is the common response to the National Anthem. And Salvas was making a statement of faith. Cultural, professional, and even governmental religious discrimination — particularly against Christianity — is nothing new (please see here and here); that’s why we need this. But even so, Mark’s story is shocking.

Tucker asked whether such a statement would’ve been frowned upon even a half decade ago:

“Would it have been, five years ago, a crazy thing to say?”

Mark pointed to an incident just last year involving an Army Ranger in the NFL:

“Absolutely not. And I can tell you, even just last year when the Pittsburgh Steelers decided to stay in the locker room instead of come out for the national anthem, one player, [Alejandro] Villanueva, who was an Army Ranger, came out and stood by himself with his hand over his heart. And he was not considered a racist.”

Mark — a former Marine and Gulf War soldier — was just hired in September. He described to his local CBS station the difficulty of being denigrated on social media:

“I was asked by the chair of the Allegheny County Democratic Party to resign my position due to the controversy that was taking place on social media, and I did. It’s never easy when people you have never met accuse you of things and call you names, and you’ve never met them.”

Despite his forced resignation, he explained his belief in the virtuous liberty of America:

“I’m not ashamed of my patriotism, not one bit. I fought for this country. I think I have a right to have a voice and be patriotic.”

As for the NFL kneeling controversy, Salvas said, “That’s part of what the flag stands for. It gives them the right to do that. … I stand for the flag, I kneel for the cross.”

“No apologies?” the reporter asked.

Mark Salvas, former PA Dem Party official on being fired for his Facebook post: "It makes me wonder if there is room for moderate Democrats in the Democratic Party nowadays." https://t.co/GLuUTD2cMq pic.twitter.com/fTlRXwzmBK

Mark Salvas, who posted that he stands for the flag and kneels at the cross, was forced to resign as exec Director Allegheny County PA Democrat party. Of course, wacko Dems, of course. Wow. What a clear choice we have in #Elections2018

Mark Salvas was forced to resign his county’s Democratic Party because of a picture of him & his wife w/the words, “I stand for the flag, I kneel at the cross.” He said, “I think I have a right to have a voice…” What's happened to the Democratic Party? https://t.co/k2yAFoVd3S

Feel free to take to social media and voice your support for Mark.

In the meantime otherwise, I think I hear the crescendo of an approaching electoral red wave.

See 3 more pieces from me: MSNBC freakin’ you out, political correctness (compliments of us), and California gettin’ split into thirds.

California Understands Something Important About Indoctrination

Newsom, Like Biden, Believes Selling out to Unions Is His Path to the Presidency
Freedom Foundation 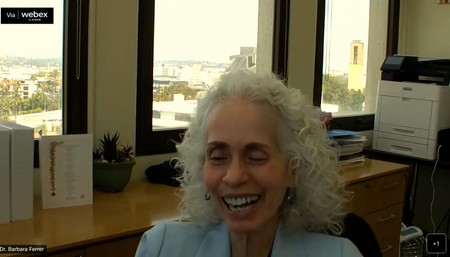