Meghan McCain is Right, Donald Trump is Wrong, and Louie Gohmert is a Dick

Let’s start this sordid tale where all such miseries begin: with a Donald Trump tweet.

Sen. McCain should not be talking about the success or failure of a mission to the media. Only emboldens the enemy! He's been losing so….

That’s President Trump attacking Senator John McCain for his comments on the Yemen raid being a failure, and it’s the most ridiculous self-awareness fail in the history of fails.

To quickly summarize the background, McCain said of the Yemen raid that he “would not describe any operation that results in the loss of American life as a success,” and a back and forth with the White House ensued.

Then Twittering happened. There, you’re caught up. The only thing you’re missing is the thousands of mind-numbing and vomit-inducing Tweets and Facebook statuses from Trump supporters calling McCain a “traitor” and a charter member of ISIS.

But back to the woeful tweet. Trump’s assertion that McCain is emboldening the enemy through criticism is absolutely, utterly, spectacularly ridiculous, coming from him. If McCain’s one comment about mission objectives aids the enemy, what of Trump’s history of doing, you know, that exact thing repeatedly for decades?

Just last year, Donald Trump called U.S. involvement in Afghanistan and Iraq an “absolute failure”. He called Libya a “mess” and a “total disaster.” In 2004, Trump criticized the Iraq War as a “mess”. He criticized our intervention in Bosnia. He repeatedly said in the 90s the first Gulf war was a failure because it didn’t remove Saddam. He spent $100,000 on a newspaper ad in 1987 blasting Reagan’s foreign policy. This is a pattern. He criticizes military operations.

It’s a pattern that his supporters frequently cite and laud. They decry “intervention” as part of “globalism” and applaud his repeated and relentless attacks on our military ops as good and proper. Their newfound fealty to the notion of a sacred military task seems to apply only to John McCain.

It gets worse, though. Louie Gohmert stepped in and upped the ante.

Rep. Louie Gohmert slammed McCain: "Might as well have had him at the funeral standing up in front of the family saying this was worthless"

Gohmert, Trump, and Trump’s supporters claim that John McCain betrayed the military and told the families of dead servicemembers their loved ones died for nothing, because McCain said the mission failed.

Well, Congressman Gohmert, I’m asking you what you think of this comment, from Donald Trump in 2004 as men and women lay dying in Iraq:

What was the purpose of this whole thing? Hundreds and hundreds of young people killed. And what about the people coming back with no arms and legs? Not to mention the other side. All those Iraqi kids who’ve been blown to pieces. And it turns out that all of the reasons for the war were blatantly wrong. All this for nothing!

Gohmert thinks John McCain’s comments are tantamount to saying our troops died for nothing. But Trump literally said that exact thing. “All this for nothing.”

So pardon me, Mr. President, and legions of Trump devotees, and Rep. Gohmert, if I call this sudden objection to criticism of military action some class A bull***t. Criticizing military action was Trump’s calling card, one of the many ways he liked to separate himself from Republicans to please his liberal democrat friends and the media.

This doesn’t mean John McCain is unimpeachably correct, or that criticisms of past or present military actions are necessarily incorrect on the merits. What it means is that Trump and his worshipers are full of it. You can disagree on points of policy, you can debate the success or failure of military endeavors. But this nonsense of calling Senator McCain a “traitor” or disloyal is ridiculous, and particularly, especially, monumentally so coming from Trump.

On Thursday, author and former Navy SEAL Carl Higbie, a frequent CNN guest, called Senator McCain “dishonorable” and criticized him for crashing “an enormous amount of planes” among other slams. Meghan McCain was correct in her responses.

It is BIZARRE to watch a navy seal @CarlHigbie to say my father's service was dishonorable. BIZARRE. I am on Earth freaking 2.

Disagree with politics ANY single day but how dare anyone question the honor of my father and his service.

So in 2017, Meghan McCain is right, Louie Gohmert is wrong, John McCain is John McCain, Trump’s legions are blindly hypocritical, and the President is a habitual military-basher, if one applies the same standard that he, Gohmert, and Higbie are using for McCain. And most of this war of words has played out on cable news and Twitter. And Republicans in office and in power are still eating each other alive.

Oh, you thought this year was going to be better than the last? Oh. 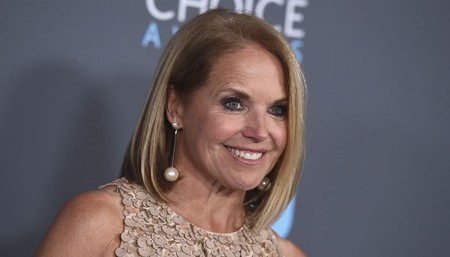 'Journalist' Katie Couric Wishes She Could 'Deprogram' Trump Supporters, and Boy Is She Excited About Impeachment 2.0
Mike Miller