'Evan McMullin is nothing but a Globalist, Romney and Mormon Mafia Tool'

At least, according to one political commentator.

“He’s nothing but a Globalist, Romney and Mormon Mafia Tool.” That’s what Fox Business Network host and Trump-fluffing Twitter troll Lou Dobbs said last night about Presidential candidate Evan McMullin, who is taking Utah by storm. You know, Utah. Where the Mormon faith is based.

If it’s not deleted yet, here is the tweet, embedded:

Look deeper? Lou. Buddy. That is not deep. As per our expectation from you. And the MAGA, Trump Train, hashtag word vomit didn’t help either. Unless by help you mean “made this look even more paranoid and hysterical.”

It’s not just Dobbs, though. Yesterday on the air Sean Hannity went on a rant about Evan McMullin and Utah, as Susan wrote about here (includes audio.) By the way, Hannity promised some kind of vengeance on November 9th for all the #NeverTrump and third party voters. Because, you know, you aren’t allowed to differ with him on account of his brown belt in dumbjitsu.

Laura Ingraham also went off on the same topic on the same day on Twitter, even bringing up Romney. It’s almost like they are coordinating with each other and the Trump campaign. But that can’t be right??

People who live off ratings are sure sinking as far to the bottom as they can as fast as they can this year in their unhinged “advocacy’ of Donald Trump. I wonder why. What market are they trying to appeal to? Is there some kind of rabid, foul, sick group of awful, hate-filled lunatics out there foaming at the mouth, and spouting conspiracy theories and racial slurs? Is that a thing?

Mormon mafia. Seriously. I mean seriously. That’s as bad as Hillary’s Donald Duck army. What is wrong with you people?? 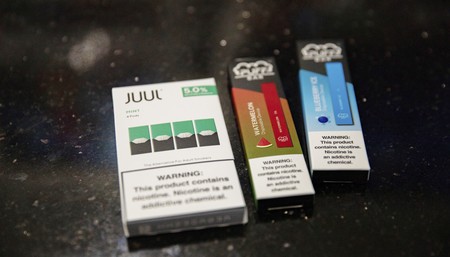 Biden's New Gas Tax Plan Will Backfire on Him for One Big Reason
Townhall
Jennifer Granholm insists inflation is because of Putin's war, then is informed what the Fed chairman just said
Twitchy
The January 6th Hearings Are in Limbo Again for a Laughable Reason
Redstate
SpaceX Straight-up Fires Woke Activist Employees
PJ Media