'One Child' Left Behind, But Don't Celebrate Yet 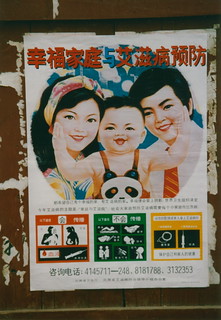 Today it was reported that after more than thirty years, communist China has at long last changed their one-child policy. The policy, which resulted in millions of abortions – some elected, some forced, some sex-selected, all terrible – is now a two-child policy.

Previously in China, you needed to live in a rural area to be permitted by the communist government to have more than one child. Now that gracious privilege has been extended to include people who live in urban areas as well. Though it is hardly reason to have a celebration. Allowing families with one child to apply for a second child is not exactly the Magna Carta or the Civil Rights Act. It’s an improvement in the lives of families, but not a mark of distinction for the oppressive regime.

Before the announced policy change today, Congressman Chris Smith of New Jersey, one of the leading pro-life and human rights advocates in Congress, puts the one-child policy in perspective.

“In 1980 the Central Committee of the Chinese Communist Party sent an open letter to party members setting forth its plan to embark on a national one-child policy,” Smith said. “What came out of that letter? A cruel and inhumane policy, a human rights violation that is, in scope and seriousness, the worst human rights abuse in the world today. No other government policy anywhere else in the world systematically punishes, abuses, and violates women so grossly as this.”

Smith said the policy has made it so brothers and sisters are illegal and children are growing up in a society with no aunts and uncle because the one-child policy has now been around for a generation.

It is hard to believe you can find anyone on the right or the left in the United States who is in the mainstream and believes the communist Chinese policy of forcing women to have abortions for the purported purpose of population control is a good or moral thing. But it is not impossible to find Americans who support it. They do exist. And although it is an inherently leftist cause (the subjugation of the individual for a supposed greater good, the slaughter of undesirables to create a more desirable world … it was Sanger’s idea too, after all. Indeed if you take out forced abortions and put in forced birth control or even coerced abortion, you’d find even more support on the American left) it is not exclusively theirs.

It is not entirely of the left. They have allies on the right. Even some with a loud voice. Even some with supposedly non-radical goals. Even some who are part of a pretty mainstream debate in America right now. Groups like FAIR.

The Federation for American Immigration Reform (FAIR) is an anti-immigration group, a vehement and loud voice in the anti-birthright citizenship movement, and the founder is a big time supporter of China’s one child policy. From the Daily Caller:

FAIR, another of Tanton’s groups from which CIS blossomed, maintains in its current leadership a variety of people who reportedly see things like China’s one child policy as neutral-to-positive (as opposed to the evil that conservatives and libertarians do).

Dan Stein, FAIR’s executive director, has been quoted as blithely describing that policy as just an “international family planning program.” FAIR’s board secretary, meanwhile, reportedly has deep roots with Planned Parenthood, has defended China’s one-child policy as “one of the most humane and rational population policies in the world,” and opposed allowing pregnant Chinese couples to gain asylum in the U.S. where they feared forced abortions in their home country. Various FAIR advisory board members show similar enthusiasm for population control, Planned Parenthood, unrestricted abortion on demand, and sterilization.

It is, as I said, leftist thought, even for this supposedly right-wing group. Of course, for a right-wing organization they have some pretty strange roots. More from Liz Mair, writing at the Daily Caller:

All of these groups were founded and funded by John Tanton, a liberal doctor deeply invested in environmental and population control concerns (which led him to his deep obsession with immigration, just like CPS’ founders).

If you’re wondering who the other groups are being referenced above, you can add NumbersUSA, another allegedly right-wing group that was “nurtured” by Tanton and has strong ties to Planned Parenthood.

For a picture of exactly what it is that Stein and others of his kind find so rational and humane, read this excerpt, again from Life News.

“The brave pregnant woman who refuses to give in is usually detained and beaten – or, if she goes into hiding, her relatives are detained and beaten. Families that succeed in hiding an “out-of-plan” pregnancy are punished with fines up to ten times the average annual income,” he explained.

Smith said the abortions have resulted in a policy of “gendercide” where more than 120 boys are born for every 100 girls. This has created a bachelor society of men who will be unable to marry and has given rise to more crime, sex trafficking, prostitution, and other problems.

He said the policy has resulted in a sky-high suicide rate for Chinese women who face such a brutal and terrorizing regime.

Population control alarmists exist on both sides of the aisle. In FAIR we see environmental extremism paired up with xenophobia and, in some cases at least, outright racism. Fear has a way of making bedfellows out of foes.

As for China, they may have ditched “one child” for the “two child” policy, but the ongoing horrors of their dictatorial communist impulse is only slowed, not stopped. And this is only one of the many despicable practices of communist China that are a violation not only of human rights and human dignity, but of the very notion of the human being as a unique individual of value and worth.

One can only wonder what other from among those brutal policies FAIR and their pals find not only acceptable, but desirable. I for one am not willing to stop importing human beings seeking a better life so we can start importing ideas from communist sadists. Are you?

Is Andrew Cuomo About to Face Another Allegation -- This Time From a Journalist? And the Investigation Is Now With the Attorney General
Shipwreckedcrew