Staff Sergeant Jake Talbot was working out at CDY Fitness in Troy, MO as he had many times before. This time during his workout the gym’s owner Liz approached him and told him he could not wear his Trump 2016 shirt to the gym and that it was offensive to her and others.

“The owner Liz came up to me and said that Trump shirt I had on was offensive and said I needed to remove it in order to work out there, and that it is linked to racism. I hate the word, its used way too loosely. It’s 2019, get the hell over it, it’s not racism.”

“I was just puzzled there for a second. She said that it was racist and represents racism and that’s when I when I was like ‘oh, you’re done.”

This is just one of many examples where Democrats in their attempt to silence anyone with whom they disagree have turned their ire to the mere existence of Donald Trump or any of his supporters. Don’t get me wrong, the gym owner has the right to be completely ridiculous to anyone she wants because her business is a private establishment, but that does not mean that the free market does not also have a voice and can’t respond. I think it’s a breath of fresh air to know that if you support Donald Trump, or more pointedly, if you don’t wholeheartedly support Leftist talking points you are not welcome at CDY fitness in Troy, MO.

I am deeply saddened by the amount of hate this event has garnered. I will personally and publicly continue to defend my stance for tolerance and against hate no matter the financial consequence… Allow me to clarify. I don’t believe our gym should be a political forum for anyone. I want everyone to feel safe and comfortable there. We are all trying to improve ourselves and work hard to change.”

For far too long Conservatives get mired in the debate about whether a business owner, football player, television personality has the right to be completely abhorrent to Trump or his supporters, nobody is debating that they have the right to do so, but we also have the right to fight back, to speak out, and to use our money wisely and ensure that these businesses see a deficit from being politically divisive. The Democrat party in their shame from losing the 2016 election has declared open season on anyone who was part of that embarrassment, and that is embodied in their attack against all things Trump.

The Democrats need to convince America that they are still relevant, and that they are far more dominant that Conservatives in people’s daily lives. With the growth of social media, and online media outlets the Left has lost it’s dominion over what information people receive, and that’s why you see them become apoplectic over banning people on social media, shutting down youtube channels, trying to destroy online media outlets. This wave of information for people to review and make their own decisions is breaking the Lefts conditioning, they thought that late night talk shows were going to be their path to victory in 2016 and they refused to accept that people aren’t being spoon fed their narrative anymore.

Be sure to visit wrongthinkradio.com and check out our content and subscribe to youtube.com/wrongthinkradio to get all of our shows. You can also find us on Facebook, Twitter, or as a podcast, just look for Wrongthink Radio. 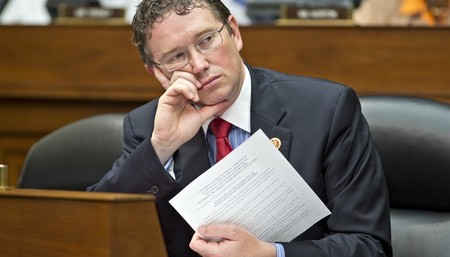 Radical Feminism Is Afoot at an Elite University, but You Can Catch a TERFer by the Toe
Alex Parker