There has been a lot of  good polling news for Romney.  Romney is within the margin of error in Pennsylvania.  Thanks to good polls, RCP has now moved New Hamphire, Wisconsin, and Pennsylvania all to toss-up status from lean Obama.  Various polls have Romney leading in VA, FL, CO, and even OH, while being within the margin of error in MI, WI, and elsewhere. Wednesday Rasmussen has Romney up 1, PPP has Romney up 2, Pew had Romney up 4. The best news of the day is the latest tracking poll, IBD/TIPP tracking poll,  it had Romney up 2 yesterday, that now shows Romney LEADING BY 5 POINTS:

Romney’s lead widened to 5 points from 2 points on Tuesday, as he continues to chip away at key Obama support.
Romney’s edge among independents widened to 20 points from 18 just a day before.
Obama’s lead among women narrowed from 10 points to 8 points.
Romney also continues to make inroads among middle-class voters, moving from a 6-point lead against Obama with this group to a 10-point lead.

One consistent pattern is Romney’s lead among independents that in many polls is double digits. If Romney keeps that and keeps the total electorate to close to even R and D voters, he wins.  Obama is … 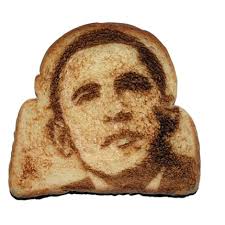 There were doubters about the impact of the first debate. It has vaulted Romney from slightly behind to slightly (yet solidly) ahead, so there can be no doubt it impacted the race. But some doubt the size and permanence of the shift.

I am writing this diary to address those doubters, to emphasize that the debate will likely go down as an historically important debate that has permanently altered the campaign trajectory.   As I said in my prior diary “Why Obama Choked”:

… this debate was a serious, substantive blow to Obama at a strategic level, and that may be why the left went absolutely bonkers.

Romney pointed out the Obama record and put his own agenda forward, and he rebutted numerous of Obama’s false charges. He not just solidified his support, he undermined much of Obama’s campaign. This fact still does not seem to have sunk in with the Obama campaign. They are insisting their own polling hasn’t shifted. They are insisting on a template that Obama had a ‘bad night’ that he can recover, and that Romney had a ‘bounce’ that will fade.  They have not change their failed messaging, but doubled down on a widely mocked superficial ad about big Bird.

The polling data that shows that Romney gained an average of  about 5 points in polls from pre-debate levels, and seeing it persist through today, at least refutes any 1 or 2 day type ‘bounce’. It could even be feeding on itself.

What makes it more difficult for Obama is that even if he has a ‘good night’, e.g. if he has more ‘zingers’ or more content – it won’t change the fact that Romney showed himself to be Presidential, substantive and on target. Unless Romney himself is rattled, contradictory, or gaffe-prone, he will not be out-matched by Obama in future debates. Worse for Obama, the Libya scandal – of how Obama’s administration botched keeping embassies and ambassadors safe prior to the 9/11 attack, and lied about the cause of the attacks after – is blowing up just in time for the debate about foreign policy.

There is no narrative, story or one-liner that can fix a four year record of  doubling deficits, unacceptably high unemployment and unacceptably low economic growth; nor is there any honest critique of Romney’s plans that will be any more cutting then that “$5 trillion” and the ‘middle-class tax hike’ charges, that were already rebutted. Like Admiral Stockdale, Obama is “Out of ammo”.

While only time will tell how the polls shake out beyond the remaining debates, Obama cannot retake the lead without a corresponding shakeup in the race.  Any view of the race as of now other than “Romney leads” and is on track to win the election is untenable. Anyone on the left who is not in total emo meltdown over this should be. The One Has Blown It.  Godspeed to Ryan and Romney in the remaining weeks and the remaining debates.