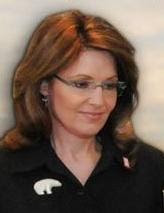 Governor Sarah Palin has vetoed $28.6 million in stimulus funds, the portion of the stimulus package that included a mandate for local governments to adopt federally defined building codes. If she had accepted this funding, it would have been an unconstitutional usurpation of power from local government. Governor Palin’s position is that as Governor she does not have the authority, from a Constitutional standpoint, to infringe upon the power of the people and their local governments in community planning.

“Alaskans and our communities have a long history of independence and opposing many mandates from Washington, D.C.,” Governor Palin said. “This principle of maximum self-government for local communities is also set out in our constitution. There isn’t a lot of support for the federal government to coerce Alaska communities to adopt building codes, but lawmakers can always exercise checks and balances by overriding my veto.

“Our 18 boroughs and unified home-rule municipalities, 145 incorporated cities, and individual Alaskans will continue to be free to fully exercise their discretion regarding local building codes. I do not support coercing our local communities to adopt building codes, which then act as a mandatory tax on Alaskans building or renovating homes or businesses.”

I do believe she’s citing Article 10, there, of the Alaska Constitution which provides for “maximum local self-government with a minimum of local government units”.

Ya gotta love a woman who loves her Constitution, particularly when she is the primary agent in charge of defending it.

Some have criticized Governor Palin’s reasoning. “My disappointment is that Sarah Palin hasn’t paid attention or looked closely enough to the Missouri model,” Senator Lesil McGuire said referring to the Department of Energy’s decision to allow local governments in Missouri to retain their building codes.

Governor Palin did consult the Department of Energy on the matter and had this to say about their assurances:

“While I was encouraged by that acknowledgment, I cannot in good conscience agree to use the full authority of state government to ‘promote’ and advocate on behalf of Washington, D.C., that our communities adopt the building codes or their equivalent.”

It has to do with power. Does the power come down from D.C to the people of Alaska? If Palin had not vetoed it, the ultimate decision would have belonged to the feds. Despite their assurances, it was a risk she refused to take. With this veto, Palin has not made as strong a statement about spending as she has about freedom. Freedom is priceless. Is your freedom worth $28.6 million? Well?

Sometimes it’s tough to do the right thing. Palin is going to get hammered for this in the liberal blogosphere and from the proponents of big government in Alaska. They’re going to be writing about the economic impact, but this is a critical step she has taken to preserve the right of the people to self-rule that has been afforded them by their state constitution. They’ll talk about Missouri until you’re sick of hearing about it, but we know we can’t leave our freedom up to agents of the federal government promising us they’ll honor it. It’s far better to have a governor willing to sign her name to guarantee it — to leave no doubt — because her constitution demands it.

Folks, this is why I support Sarah Palin. She is going to get hammered for this and it will be twisted nine different ways, if not ninety. How many people are going to really “get this”? People are hurting economically in Alaska and she knows it, but her job is to protect their freedom no matter how tough things get economically. I don’t know about you, but I value my freedom so highly that I appreciate leadership like this, particularly in these troubled times when so many are willing to sell it for dollars.

The Alaska Department of Commerce, Community and Economic Development has a boatload of information on the operations of communities in Alaska including this document on Home Rule. Before you all go whacko on the meaning of this veto, please, do some homework on it, will you?

Incidentally, Governor Palin also used her line-item veto power to cut $80 million from appropriations bills. I have no opinion on this because I haven’t done any research on it, but since 80 is always bigger than 28.6, I’ll be awfully curious if there is way more talk about the stimulus veto than there is about the appropriations veto, won’t you?

UPDATE: Governor Palin has an Op-Ed in today’s NEWSMINER regarding energy