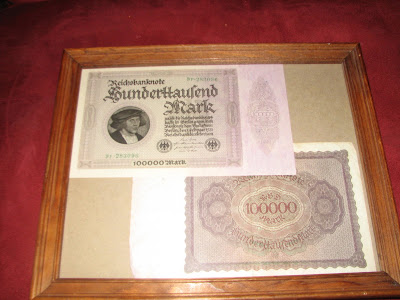 Those who cannot learn from history are doomed to repeat it.

The Fed is just getting warmed up in its battle to reignite inflation. It has already doubled the monetary base: 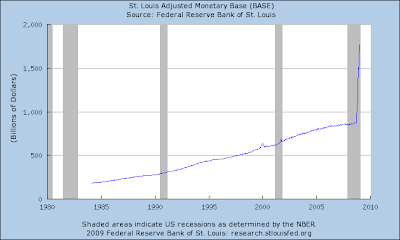 … and it will soon begin printing money to buy long-dated Treasury bonds, pushing down interest rates. It’s hard to wrap your head around the concept, but Congress can spend as much money as it wants without causing Treasury rates to go up, because the Fed can print as much money as it wants to buy Treasury bonds. In fact, why don’t we eliminate the income tax, and just have the Fed print the roughly $1 trillion dollars it brings in?

If it sounds too good to be true, it probably is. In the short term, it doesn’t cause inflation because the depression has crushed demand for goods and services. It also doesn’t cause the dollar to collapse in FX markets because all other major countries are simultaneously doing the same thing. But in the long run, a vastly greater number of dollars out there means that each dollar is worth a lot less.

This is, in fact, the desired outcome for the Fed/Treasury. Devaluing the dollar punishes savers and rewards debtors, which is exactly what Geithner-Bernanke wants. Cut the value of the currency in half, and everyone’s debt (mortgage debtors’, consumers’, businesses’, and the government’s) is suddenly a lot more manageable. Cut the value of the dollar by two-thirds or three-fourths, even better. And if some little old ladies can’t buy groceries because the money they saved all their lives is no longer worth anything, well, let them eat Alpo.